"Hogback" Stone On Route to British Museum for Exhibition

I'd never heard of a hogback stone before this article.  I've included information on the hogback stones of Govan and Penrith at the end of the post for those of you (like me) who are curious about them.  Unfortunately, the article did not include a photograph of which of the five Govan "hogback" stones is going to the exhibition!

Here is a photo (2 views) of one of the famous Govan Stones (hogback stone) referred to in the article below:


From the Glasgow Evening Times
Ancient stone on the move


ONE of Scotland's most important cultural artefacts will leave Glasgow today for the first time in a millennium.

ONE of Scotland's most important cultural artefacts will leave Glasgow today for the first time in a millennium.

The 'Hogback Stone', an early-medieval gravestone, will be moved from Govan Old Church and transported 403 miles to London for the opening of a new exhibition at the British Museum.
It is one of the five famous 'Govan Stones', the largest collection of early-medieval burial markers kind in the UK.

The stone will form part of a new exhibition called 'Vikings: Life and Legend' that will run at the museum until June 2014. It will be returned once the exhibition finishes.

In the Ninth Century AD Govan was the political, administrative and spiritual capital of the ancient Britons, the seat of the kings of Strathclyde and one of the most important centres in the UK.

The ornately carved gravestone marked the resting place of one of the ancient kings of Strathclyde.
Around the time that the Vikings were conquering much of northern Europe, the kingdom of the Britons covered a large part of southern Scotland and northern England.

The easily recognisable carved designs on the Govan Stones are thought to represent stylised Viking houses for the dead.

Stephen Driscoll, Professor of Historical Archaeology at the University of Glasgow, said: "The Govan Stones are central to our understanding of the important but poorly documented kingdom of Strathclyde.

"Their presence gives us clues towards the complex and evolving society that existed within the region at this time."

The stone will feature in the first exhibition in the new British Museum's new Sainsbury Gallery.


Information on the Hogback stones can be found at the Heart of the Kingdom April 6, 2012 post:


Hogbacks at Govan and Penrith 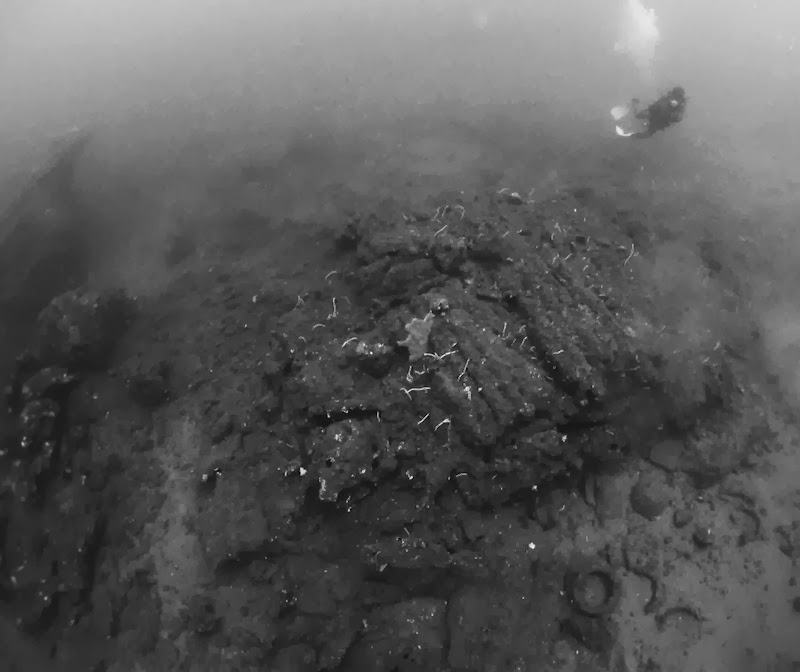 Yet another example of a later day church planting itself over the ruins of a sacred place from an earlier time.

ANSA) - Milan, January 29 - The remains of a pagan temple believed to have been devoted to the goddess Minerva have been found under the Milan Cathedral.

The announcement was made Wednesday during the presentation of other archaeological finds, the remains of the ancient Mediolanum Forum discovered recently under the basement of the building housing the Pinacoteca Ambrosiana and the Biblioteca Ambrosiana.

Archaeological excavations to unearth the remains of the large city that, beginning in 292 A.D., was the capital of the Western Roman Empire for over a century continue despite funding difficulties. So far, part of the floor made out of what is known as 'Verona stone' has been found. The base of a section of an arcade can also be seen. The entire forum occupied an estimated surface area of 166 by 55 square meters. While waiting to be able to extend the excavations, the zone has been fitted with a special entrance on the side of the building, walkways, and illustrative signs to make visits by the public possible. The works were conducted with funding from the Cariplo foundation and the Lombardy regional government and are part of the project for a 'Milan Archaeology' route being readied for the 2015 Milano Expo, said regional culture councillor Cristina Cappellini.

The Gothic cathedral took nearly six centuries to complete. It is the fifth largest cathedral in the world[1] and the largest in the Italian state territory.[2]

Milan's layout, with streets either radiating from the Duomo or circling it, reveals that the Duomo occupies what was the most central site in Roman Mediolanum, that of the public basilica facing the forum. Saint Ambrose's 'New Basilica' was built on this site at the beginning of the 5th century, with an adjoining basilica added in 836. The old baptistery (Battistero Paleocristiano, constructed in 335) still can be visited under the Milan Cathedral, it is one of the oldest Christian buildings in Europe.[3] When a fire damaged the cathedral and basilica in 1075, they were later rebuilt as the Duomo.[4]
As you can see, the start of the "Christians" building over the Minerva temple site dates all the way back to 335 CE! "Paleocristiano," indeed.  The "New Basilica" began to be added just after the turn of the century, in circa 400 CE!  By way of comparison, at that time many Egyptian temples to the "old" goddesses and gods were still in service.

As far as I can determine, since I was not able to find a single entry online (not even in the Catholic encyclopedia) on the meaning of "St. Mary Nascent" -- is that this identifes Mary, Jesus' physical mother on Earth, as the bearer of Jesus and thus, as the mother of the "nascent" church (remember Jesus' words, referring to himself, NOT to the Apostle Peter:  Upon this rock I shall build my church).  That is merely an educated guess, however.
Posted by Jan at 6:54 PM No comments:

Who Is Buried In Charlemagne's Tomb?

Shock shock!  It may actually be the man himself!

Yes, according to SECRET RESEARCH that has gone on since 1988 - like, take your time dudes - conclusion is it is probably Charlgnagne.  Don't you just love that little bit of hedging...

From the local.de (German news in English)

Published: 31 Jan 2014 08:04 GMT+01:00
Updated: 31 Jan 2014 08:04 GMT+01:00
German scientists have announced after almost 26 years of research that the bones interred for centuries at Aachen Cathedral are likely to be those of Charlemagne.
Researchers confirmed on Wednesday evening - 1,200 years to the day since Charlemagne died - that the 94 bones and bone fragments taken from the supposed resting place of the King of the Franks and founder of what was to become the Holy Roman Empire came from a tall, thin, older man.
The team first opened the sarcophagus of the first emperor in western Europe since the fall of the Roman Empire in secret in 1988 and presented their results for the first time on Wednesday.

The Moscow Superfinal Women Rapid took place January 30 and 31, 2014 in Moscow, Russia, as part of the Moscow Open.

The Women's Cup of Russia, an Amateur event and an Veterans Event, among others, are all part of the Moscow Chess Festival, which runs through February 10th.

Whoop whoop!  They did it, folks.  Actually, you did it, and lots of people like you (and me, albeit just a small amount).  Numbers do count!  Prior post.  BTW, ASOR stands for the American Schools of Oriental Research at Boston University :)

Here is the official announcement:

Four months ago, an anonymous ASOR trustee gave ASOR a legacy gift of a transformative nature—its current market value is $475,000. But ASOR was also given a challenge in order to qualify: raise $200,000 from 300 different donors by January 31, 2014. Today, we’re thrilled to announce that we did it! In fact, we more than “did it”: we raised an astonishing $258,775—29% over our goal—with donations from 321 of ASOR's devoted members and friends.

Truth be told, just two weeks ago, I wasn't so sure that we would make it. On January 15, we had received contributions from only 199 donors, considerably fewer than the 300 we needed, and even by January 24, one week before the deadline, we still needed 79 more people to give. It wasn't looking good. But I never should have doubted. You—our members, our associates, and our friends—care deeply about ASOR, and when we needed your help, you were right there.

And I really mean “right there.” One night, I e-mailed one of you at 6:33 pm, and by 8:23, you had given a donation. That same night, late, I sent an e-mail to another potential donor; by the next morning, there was a gift. Every member of our Board of Trustees stepped forward to help us meet this challenge, as did every chair of our several standing committees. Many, many of our committee members, our annual meeting session chairs, and the editors of our various publications–people who already give so much to ASOR in terms of their time and effort–gave generously from their pocketbooks as well. And over and over, when you wrote to me agreeing to make a donation, you told me how happy you were to do so, because ASOR meant so much to you–professionally, intellectually, and socially.

So, to all 321 of you, thank you so much, and I know that all of us want also to thank the donor who made the $475,000 gift that set us forth on this challenge in the first place. Not only is the gift itself transformative—and we can all now begin to dream about the future for ASOR that it will make possible—but in meeting the challenge with which the gift came, we have been transformed, as we have been called to be the best we can be: a community of loyal and dedicated members, associates, and friends who share a deep and abiding commitment to our extraordinary organization.

TORONTO — Archaeologists working near the ancient settlement of Edfu, in southern Egypt, have uncovered a step pyramid that dates back about 4,600 years, predating the Great Pyramid of Giza by at least a few decades.

Scattered throughout central and southern Egypt, the provincial pyramids are located near major settlements, have no internal chambers and were not intended for burial. Six of the seven pyramids have almost identical dimensions, including the newly uncovered one at Edfu, which is about 60 x 61 feet (18.4 x 18.6 m). [See Photos of the Newly Uncovered Step Pyramid]