Hola!  The 2019 Grand Pacific Open (13th Annual Grand Pacific Open)  will be here before you know it:  April 19 - 22, 2019 in beautiful Victoria, BC over Easter weekend.  You can find all the details and registration information/forms, etc. at the link (above).

Goddesschess has provided prize and sponsorship money for female chessplayers at various tournaments throughout the years.  I believe we've been providing prize money and some sponsorship funds to the GPO since 2010.  I can't check exactly when we first started because a few months ago I updated my email and cleaned out a whole bunch of stuff, keeping correspondence and records only since 2017.  Oh well :)

We've been trying to get WGM Maisuradze back for some time, but she's married to a chessplayer and they try to schedule where there will be several events that they can play in either together or in separate events simultaneously within a certain time period and relatively close (distance wise) together.  This year WGM Maisuradze's husband, GM Alexandr Fier, is playing in the 2019 GPO too!

The 2019 GPO is a FIDE and CFC rated 6-round Swiss.  Top prize in the Premier Section is $1,000.  Goddesschess prizes are awarded separately and do not affect any prize money awarded out of the GPO prize fund.

We're hoping for another great turnout in 2019 - especially your chess femmes!!!
Posted by Jan at 2:54 PM No comments:

Results and Standings After Round 6: 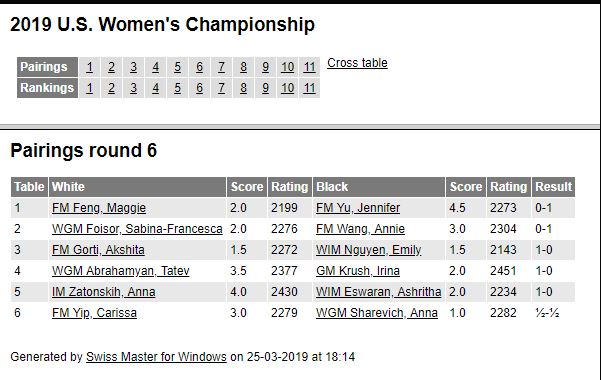 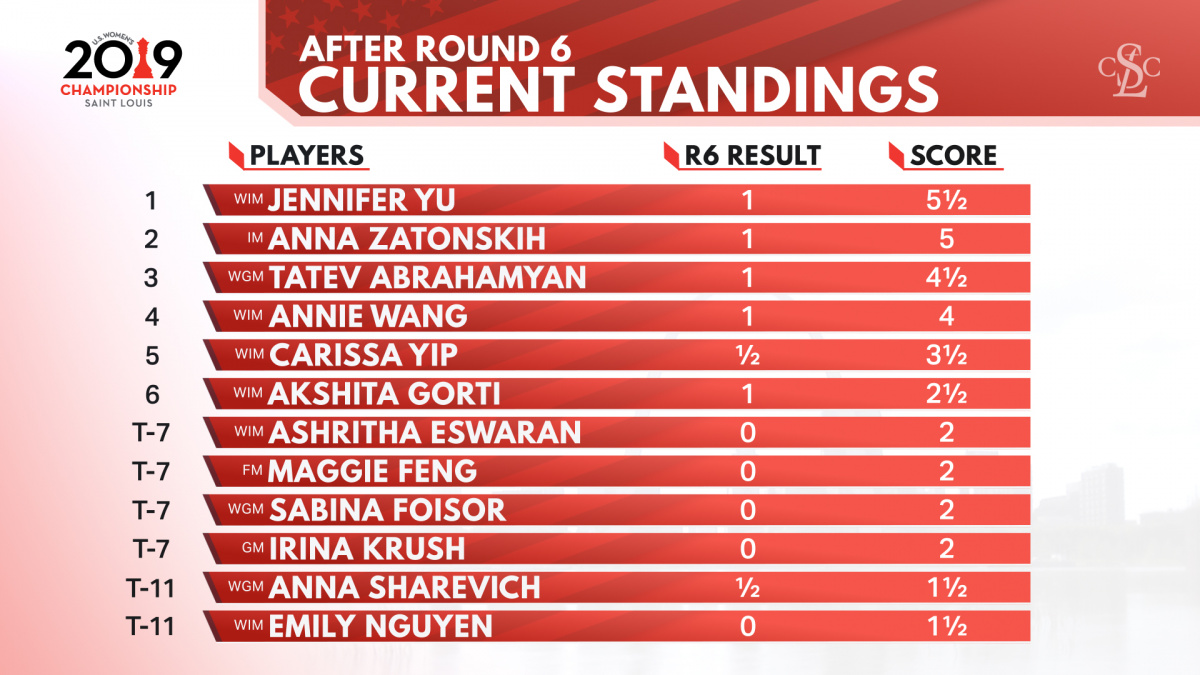