Oh, those mysterious Denisovans.  Check out this latest:

Story and many photographs of the wonderful bracelet from The Siberian Times online:

Stone bracelet is oldest ever found in the world

By Anna Liesowska
07 May 2015
Dating back 40,000 years to the Denisovan species of early humans, new pictures show beauty and craftsmanship of prehistoric jewellery.
It is intricately made with polished green stone and is thought to have adorned a very important woman or child on only special occasions. Yet this is no modern-day fashion accessory and is instead believed to be the oldest stone bracelet in the world, dating to as long ago as 40,000 years.
Unearthed in the Altai region of Siberia in 2008, after detailed analysis Russian experts now accept its remarkable age as correct.
New pictures show this ancient piece of jewellery in its full glory with scientists concluding it was made by our prehistoric human ancestors, the Denisovans, and shows them to have been far more advanced than ever realised.
'The bracelet is stunning - in bright sunlight it reflects the sun rays, at night by the fire it casts a deep shade of green,' said Anatoly Derevyanko, Director of the Institute of Archaeology and Ethnography in Novosibirsk, part of the Siberian Branch of the Russian Academy of Sciences.
'It is unlikely it was used as an everyday jewellery piece. I believe this beautiful and very fragile bracelet was worn only for some exceptional moments.'
The bracelet was found inside the famous Denisova Cave, in the Altai Mountains, which is renowned for its palaeontological finds dating back to the Denisovans, who were known as homo altaiensis, an extinct species of humans genetically distinct from Neanderthals and modern humans.
Made of chlorite, the bracelet was found in the same layer as the remains of some of the prehistoric people and is thought to belong to them.
What made the discovery especially striking was that the manufacturing technology is more common to a much later period, such as the Neolithic era. Indeed, it is not clear yet how the Denisovans could have made the bracelet with such skill. [So why are the archaeologists so certain this is a Denisovan creation?  Read on...]
Writing in the Novosibirsk magazine, Science First Hand, Dr Derevyanko said: 'There were found two fragments of the bracelet of a width of 2.7cm and a thickness of 0.9 cm. The estimated diameter of the find was 7cm. Near one of the cracks was a drilled hole with a diameter of about 0.8 cm. Studying them, scientists found out that the speed of rotation of the drill was rather high, fluctuations minimal, and that was there was applied drilling with an implement - technology that is common for more recent times.
'The ancient master was skilled in techniques previously considered not characteristic for the Palaeolithic era, such as drilling with an implement, boring tool type rasp, grinding and polishing with a leather and skins of varying degrees of tanning.'
Chlorite was not found in the vicinity of the cave and is thought to have come from a distance of at least 200km, showing how valued the material was at the time. [If this is not evidence of ancient trade, I don't know what is!]
Dr Derevyanko said the bracelet had suffered damage, including visible scratches and bumps although it looked as if some of the scratches had been sanded down. Experts also believe that the piece of jewellery had other adornments to make it more beautiful.
'Next to the hole on the outer surface of the bracelet can be seen clearly a limited polished zone of intensive contact with some soft organic material,' said Dr Derevyanko. 'Scientists have suggested that it was a leather strap with some charm, and this charm was rather heavy. The location of the polished section made it possible to identify the 'top' and 'bottom' of the bracelet and to establish that it was worn on the right hand.'
Read more »
Posted by Jan at 7:58 PM No comments:

Yeah yeah yeah, I know, I know.  I've been an unsteady lover/blogger.  Stop bitching about my long gaps in posting and start reading, please.

Got back late yesterday evening from visiting Georgia a/k/a Isis (with the beautiful Isis swimming pool/yard) and Michelle in sunny and warm (until I got there, that is) Las Vegas.  I spent three full days visiting with my long-time Goddesschess buddy/partner with an occasional nod at uber-busy Michelle (exam time, she's a UNLV senior in finals and going an extra year in 2016 to pick up a second engineering degree).  I arrived the evening of Tuesday May 12 (basically crashed and burned early once I got settled into my hotel room) and left early afternoon on Friday May 16.

Isis and I talked up a hurricane, I drank a lot wine, ate a lot of food, Isis and I shopped together, peed in our pants laughing many times, we did a little barbecue/cooking one evening ( I made dry hamburgers, they did not turn out as good as they have in the past [out of practice since Mr. Don died], and also made Newton style potato salad, which was marginally better), and I picked up a sun tan along the way, got a few twice-overs (at my age, 63, darlings -- INCREDIBLE!), also got drenched by music from a festival (Rock in Rio) that was parked practically right outside my hotel's main entrance.

I stayed at Circus Circus this year: 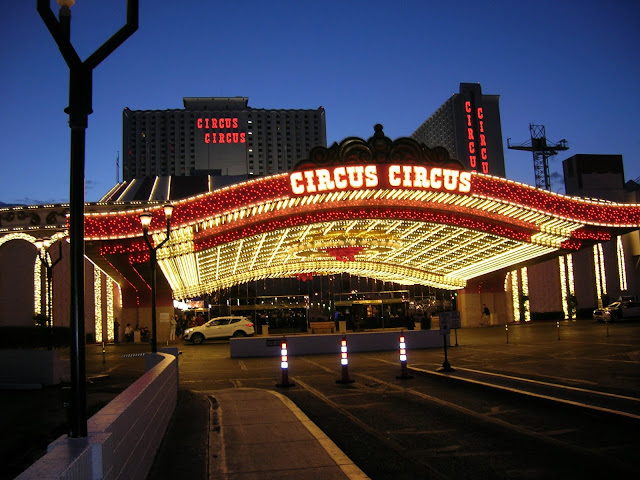