A Potpourri of Articles/News for Your Reading Pleasure Over Christmas

Ho ho ho, darlings!  From me to you - Happy Holidays! 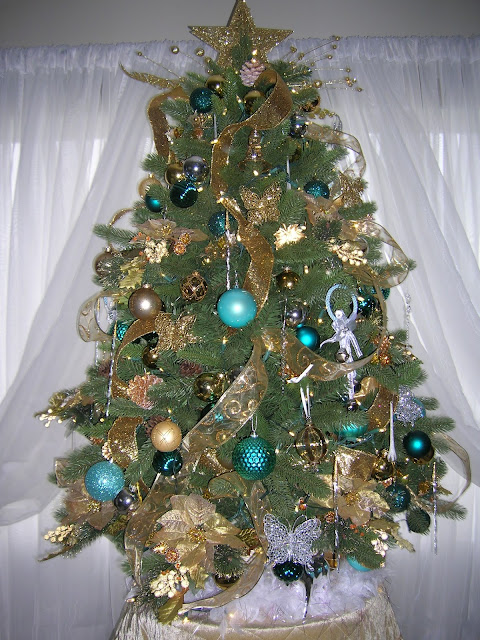 Greetings from my 2020 Christmas tree.  And - here's my annual memorial to Mr. Don and me:

Tomorrow night in the states is the Winter Solstice, which is the shortest period of daylight of the year (the daylight gets shorter as you move further north or south from the equator) and was celebrated by the ancient Romans as the Brumalia traditionally on December 25, just after the celebration of the Saturnalia which ran from December 17 through about December 23 in later Roman times.

This year there will be a special show in the evening sky visible and viewable by many of us.  There is going to be a "Great Conjunction" of two of the giant gas planets in our solar system, Saturn and Jupiter. You can read more about it in this article from The Washington Post:  "Rare double planet conjunction of Saturn and Jupiter to land on on winter solstice."

Do a Google search in which direction and area of the sky to look for the planets to appear to meet and merge in the sky and about what time to see it.  Tomorrow will be the peak viewing time, but the planets will appear to be relatively close together and may appear as a large "star," depending on your location, even on Christmas Eve (December 24) and Christmas itself on December 25.  We celebrate the birth of the pagan "Sun" god and the birth of the Christian "Son of god" on the same day thanks to an adoption of the ancient celebratory date for the birth of the pagan "Sun" god by the early Christian church in the 4th century CE.  Many think that a conjunction of Saturn and Jupiter that occurred around the traditional time it is said Christ was born may have created what is called the "Star of Bethelem" that the traditional tale as told in the Bible says led the "Three Magi" from the East to the Christ child in Bethelem.

Also from The Washington Post, an article on some of the greatest female chess players who led the way during the old Soviet era domination of women's (and men's) chess - the Georgians!  "Georgian women ruled chess in the Soviet era.  A new generation chases the same 'Queen's Gambit' glory."

Of course the article would tie what's going on right now with a new generation of female players to the smash hit "Queen's Gambit" on Netflix.  I confess, I am shocked that so few people knew of this wonderful book and even more shocked that the series became a smash hit.  People - READ THE BOOK, it's incredible. I see Amazon has the same edition (from 2003) I have (although I bought mine years ago).

Chess afficianados know who Vera Menchik is. I wrote about her years ago at the old Goddesschess website - a 2007 article "Blast from the Past - the Spittoons are Gone."  The Washington Post has an article about Menchik.  Sadly, she was killed during a bombing raid in London during World War II.  "The forgotten female chess star who beat men 90 years before 'Queen's Gambit'."

Good Goddess!  Everything these days seems to be tied to Walter Tevis's "The Queen's Gambit!"  Well, better late than never, although some men have always known (including Kasparov himself, and even Bobby Fischer who used to play against the Polgar sisters in their home in Hungary back in the day) that women can be killer chessplayers as good as any man.

From Vanity Fair, by Tracy Moore, November 16, 2020
The Queen's Gambit: How Is a Show With So Little Sex So Sexy?

From Yahoo News, by Bill Bostock, November 21, 2020
The World's Best Chess Player Said Netflix's "The Queen's Gambit" Did Chess Better Than Anything Else Hollywood Has Done, But the Game Still Has a Culture of Belittling Women (interview with GM Magnus Carlsen)

From Vanity Fair, this may be a repeat of an article I previously posted, or maybe not, by Christopher Rosen, November 23, 2020
The Queen's Gambit Has Everyone Buying Chessboards

From The Washington Post, by Monica Hesse, November 25, 2020
The Queen's Gambit, a period drama that erases sexism from 1960, is the best fantasy show of the year (Ha!  I love this title!)