The Mother Goddess in Her Queen of Heaven Dove Form

Soooo sorry for being absent for so long!  This new old house I downsized to is taking up way too much of my time -- but it's now all decked out for the holiday season and I am sitting back and enjoying it for the next few months.  I'll eventually get around to packing away all "Christmas" decor near the end of February :)

I celebrate the Winter Solstice (a/k/a the Festival of Lights, under its various names), not Christmas, per se, but since Christmas is a Christian expropriation of this ancient Goddess celebration (despite the Romans trying to turn it into a male god thing), I'll take it.  Check out my newest "Christmas" decoration -- the Queen of Heaven: 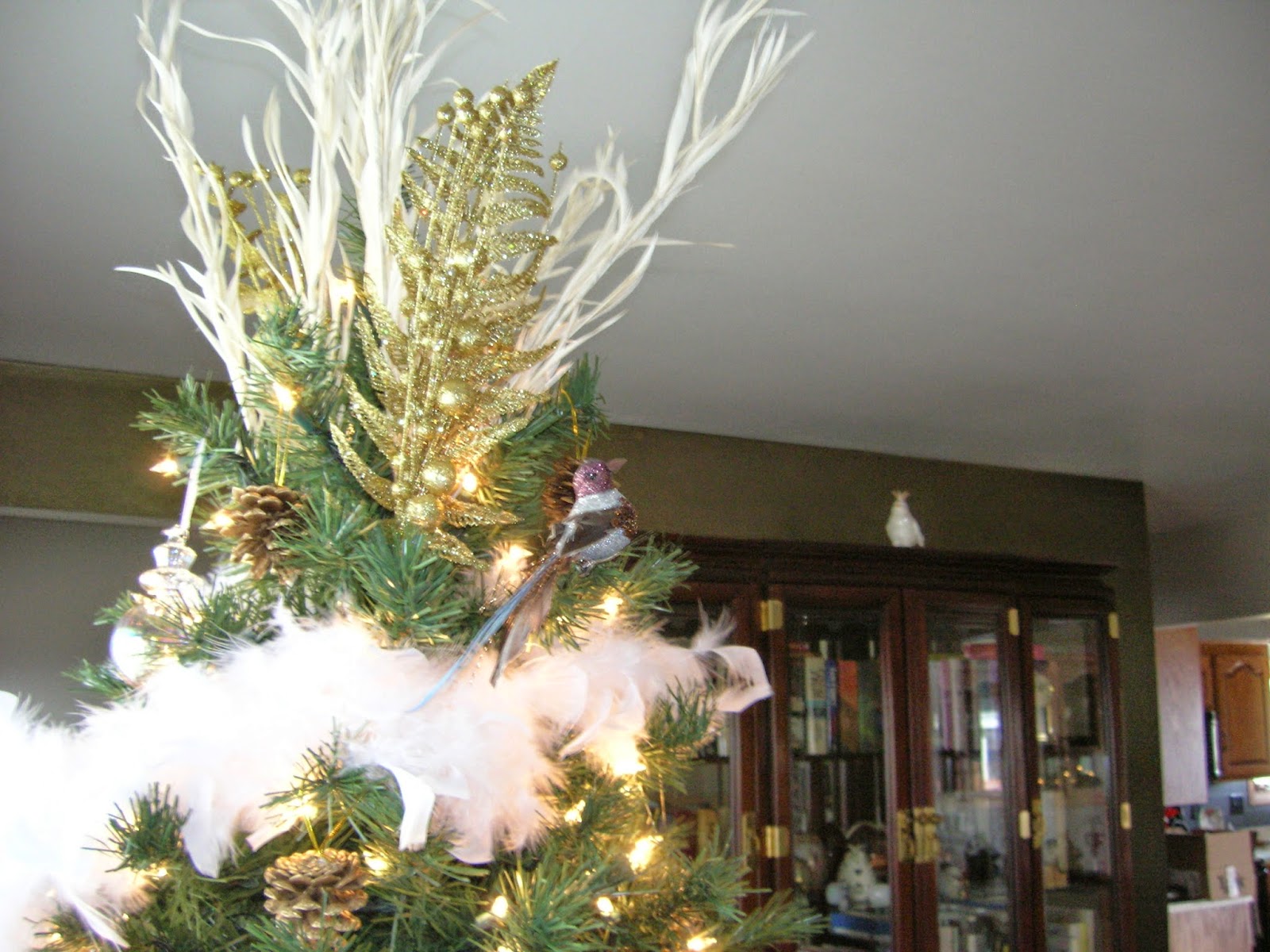 Do you see her?  She's a crowned dove, and I've got her up on the highest spot I could in the living room, where She is overlooking everything!  She is sparkly white with a gold crown.  I tried to get some close-ups but, frankly, I'm not very good at taking photos and my camera is nearly an antique now, purchased in 2005 (I use that, and my shaky hands, as excuses for crappy photos).  Here are a couple more looks at her, just because: 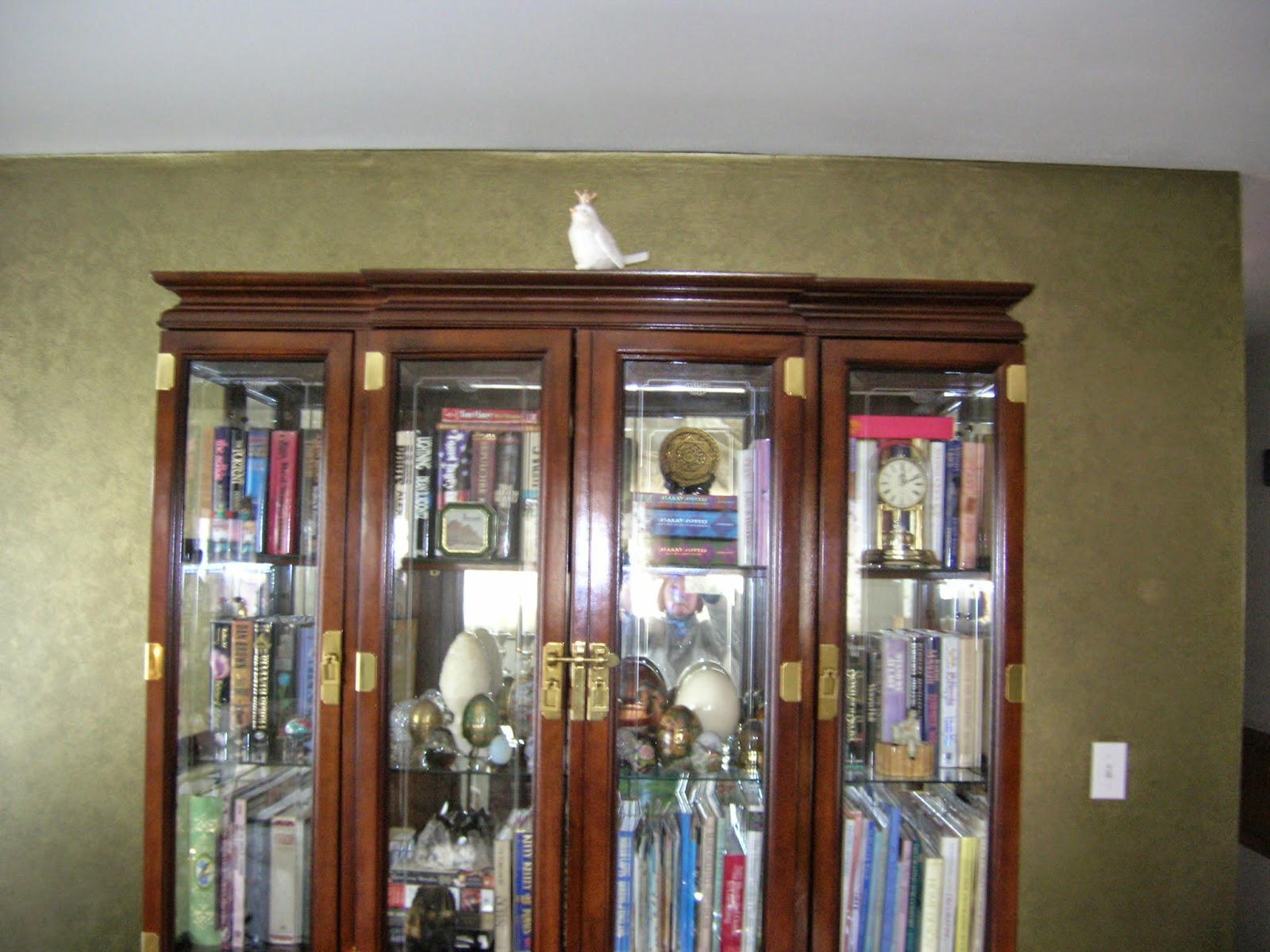 Please excuse the pea green "metallic" accent wall, I did not paint it that way, it came with the house.  It will disappear as if by magic during the spring of 2015 when I can once again have windows open to air-out paint fumes. 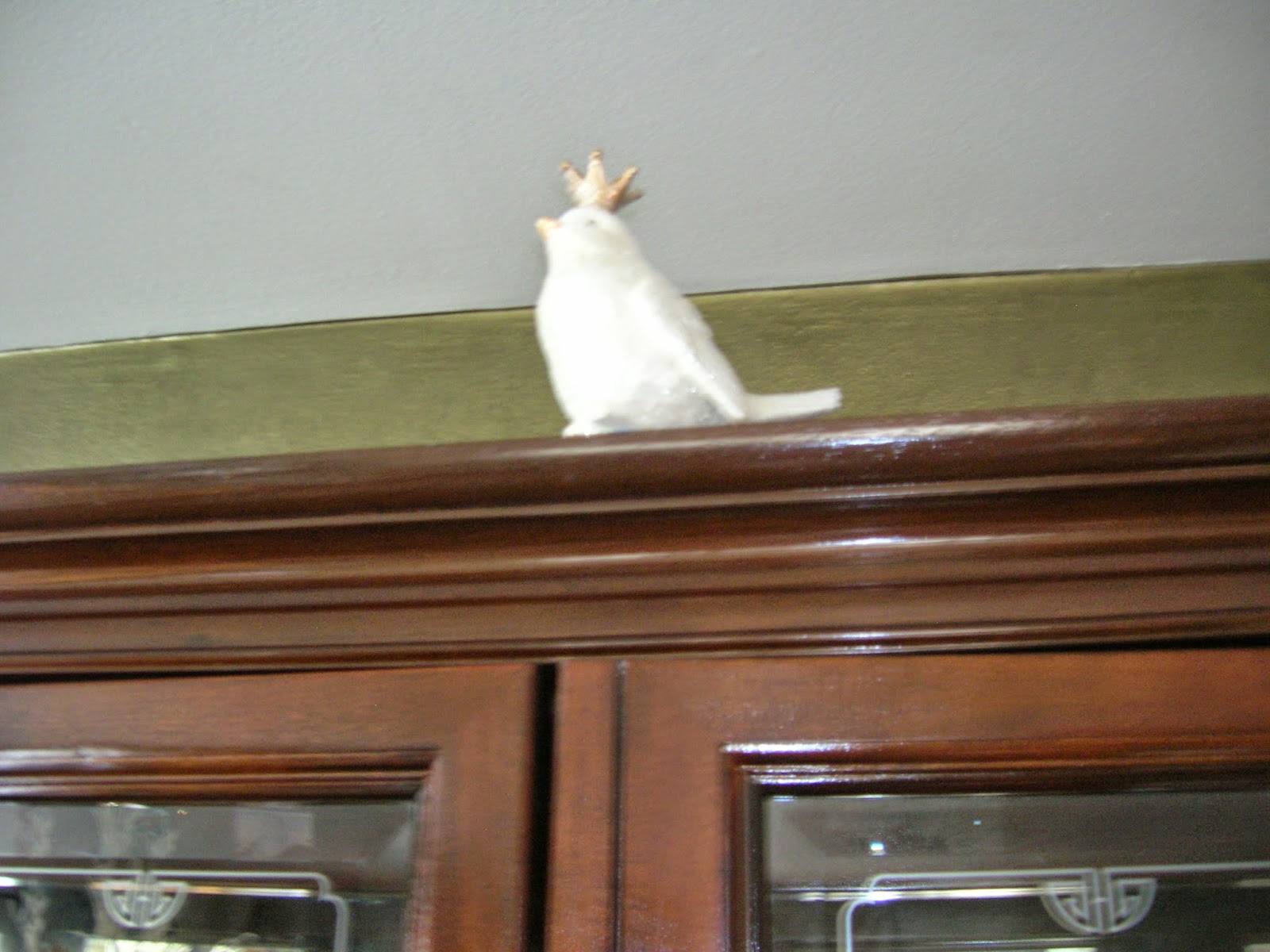 You probably already intuited that when I saw this beautiful crowned dove, I just had to buy her, because I was thinking of the entire criscrossed web of herstory, including: (1) the ancient bird (or eye) goddesses from prehistoric times:

(2) the cross-cultural transfers that took place over thousands of years through migration and trade that transformed the ancient bird (or eye) goddesses into iconic goddesses such as Inanna, Ishtar, Astarte, Isis, Artemis, etc.:

(3) the Christian Church's transformation of the Mother Goddess into the Mother of God who was still, somehow, on a lesser footing worship wise than the god she gave birth to whom would not have existed, but for her, LOL!; and (4) those pesky Egyptian Coptic Christians, who keep materializing the Queen of Heaven every so often in the form of white doves flying around church steeples, just to remind everyone that Isis never dies, she just transforms herself into the latest version of goddess chic :)

I am very much looking forward to December 21st, because after that day passes, the days will incrementally begin to get longer once again, and there will be more light.  I am, most definitely, a creature of the Light. So, during this period of celebration of the ancient Festival of Lights (in all of its various forms) which, in this Newton household, is about three months long, I wish you all blessings, joy and prosperity for the fast-approaching new year.  Meanwhile, I am eating too much rich food, drinking too much liquored-up egg nog, far too much wine and hot toddies, burning way too many candles and using far too much electricity lighting a ridiculous amount of Christmas lights around the home and thus contributing to the world's carbon footprint, and spending way too much money on gifts to charities and friends and chessly endeavors.  Oh well.  What the hell, why not!
Posted by Jan at 3:03 PM No comments: