On June 11th was the first one-day chess camp sponsored by Goddesschess and hosted by the Sheboygan Area Chess Club and Glas Coffee House.  It was a resounding success!

Here are some photos posted by my chess buddy, Ellen Wanek, who worked tirelessly to put together, organize and generally honcho the chess camp.  Thanks and gratitude to Ellen, the Glas Coffee House for providing lovely space for the chess camp, the Ulriches, Richard Martin, and all who provided invaluable assistance, time and effort in making this great event come together!

We made a special effort to attract chess femmes.  Space was limited and actually filled to over-flowing with parents and observers as well as the chessplayers of both genders who attended the camp, which was taught by National Masters Rachel Ulrich and Richard Martin. 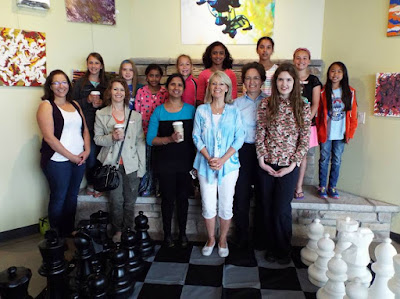 Well, I'm not sure why some of the photos are looking a little wonky.  Above, front row on the right, is NM Rachel Ulrich, next to her is Ellen Wanek, and most of the femmes who attended the chess camp are gathered around.  Thanks for the cool photos, Ellen! 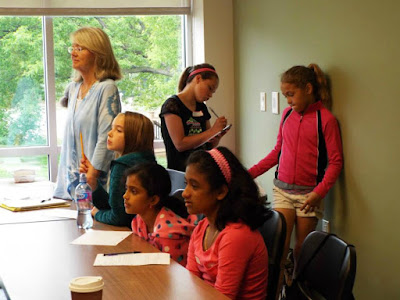 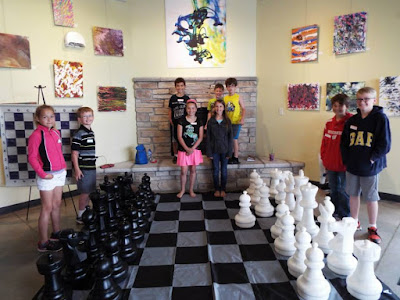 We hope to have a 2016 chess camp, we're working on it, fingers crossed it comes together!
Posted by Jan at 9:46 AM No comments: