Leave it to The Daily Mail to write about archaeological discoveries in a way that appeals to the unwashed masses, like moi :)

Is it Victor - or Victoria?  Or evidence of an ancient cross-dressing trans-gender person?  Photos and a video at the online article.

I posted the story a few months back.

The remains of an ancient Celtic prince or princess found still wearing a solid gold torque and lavish bracelets in a grave filled with riches has left archaeologists baffled.

The 2,500 year old royal grave, which is thought to date to the fifth century BC, was discovered in Lavau, near Troyes, is thought to have belonged to a member of a Celtic royal family.  Lying at the centre of the tomb, the skeleton had been laid to rest inside an ornate two-wheeled chariot with a 580g (1.2lbs) golden torque decorated with elaborate winged monsters around its neck.


The Hallstatt Celts were a early Iron age culture that spread across most of northern Europe. 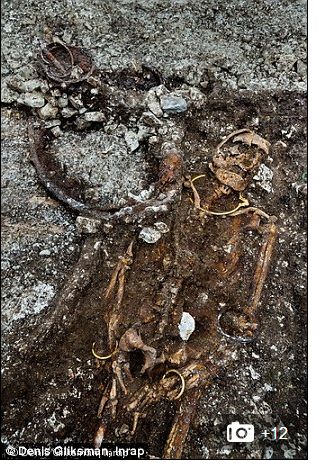 This is a fascinating article.  I know nothing about this culture/empire - the Pandyas - so I checked out some information at Wikipedia, I always find Wiki helpful!  When I read the article and saw Tamil, I knew it was located on the east coast of India at the south of the continent.  Here is a map of Pandya territories c. 6th century BCE to 1345 CE, from Wikipedia: 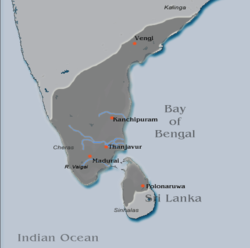 So, I am assuming most of the trade was by sea, not across land.  It's a long way to Rome, wow!

Here's the article, from The Hindu online:


An ongoing excavation of a Sangam period habitation by the Archaeological Survey of India (ASI) is poised to throw more light on the flourishing trade of the Pandyas with the west and their rich culture, which was the envy of the Romans.

The Bengaluru-based Excavation Branch VI of the ASI has taken up the excavation at Keezhadi village, 12 km south east of Madurai, in Sivaganga district.  Into the third month, the exercise has already thrown up very interesting antiquities – glass/pearl/terracotta beads; terracotta figurines; grooved roof tiles and early historic pottery.

“This is the ASI’s major excavation in Tamil Nadu after Adichanallur,” says K. Amarnath Ramakrishnan, Superintending Archaeologist and director of the current excavation.


It was found to possess archaeological wealth “that may provide crucial evidence to understand the missing links of Iron Age to early historic period and subsequent cultural developments.”

The excavation area, a mound, referred to as ‘Pallichandai Thidal,’ has a circumference of 3.5 km and spans 80 acres. It is contiguous to ancient settlements like Konthagai and Manalur. “We chose the mound raising about one to 2.5 metres above the ground level as it is relatively undisturbed,” says Mr. Amarnath. “We have found the finest variety of black and red ware bowls at the site,” says M. Rajesh, assistant archaeologist.
The most interesting findings in the 32 quadrants dug up so far are the damaged brick structures, including walls. The bricks are unique to early historic period and they measure 33 cm in length, 21 cm in breadth and five cm in height.

Noted epigraphist and domain expert for the excavation, V. Vedachalam, attributes the age of the remains to third century BCE to third CE. “The earthenware contains Tamil Brahmi script. The black and red pottery belongs to the Sangam period. The bricks belong to early historic period and similar ones were found in Kaviripoompattinam, Woriyur, Alagankulam and Korkai,” he says.


The Roman ware found at the site supplement the historical references to a flourishing trade between the Pandya kingdom and the Roman Empire. Historically, these settlements would have been part of Kuntidevi Chaturvedimangalam, named after a Pandya queen.

The first major excavation of a habitation undertaken by the ASI in south Tamil Nadu will go into 2016. “The Director (Exploration and Excavation), ASI, Syed Jamal Hasan, who visited the site on May 15, was impressed with the findings,” says Mr. Amarnath.

The ASI is likely to extend the period of excavation by a year. The final report will be released after corroborating the antiquities with existing evidence and conducting various scientific analyses.  Research scholars from the University of Madras and Government Arts College, Krishnagiri, assist the ASI team in the excavation.