Watching the action live, it's nearly finished for the ladies.  It appears that Zatonskih and Krush are once again headed toward a play-off for the Women's title tomorrow at noon.

Play-off for those fighting chess femmes tomorrow.  Loving it!

Here are the R9 results:


Here is the cross-table:


Victorija Ni had a wonderful tournament, finishing in clear 4th place. Not bad for a first-timer!   Goletiani was in good form, and Camilla -- what the hell happened to you?  I thought you must be fighting flu or some other nasty illness but, evidently not.  It was just a bad event for you this time around.  I think this was also Alena Kats' first trip to the U.S. championship.  She kind of got beat-up on, but that wasn't unexpected seeing as she is the lowest rated player on the list.

I wish we had better opportunities (besides the championship) for these chess femmes to develop their playing skills here in the U.S.  I don't see us standing a snowball's chance in hell of winning a medal in the chess Olympiad later this year; there's just too much of a drop-off in talent after Zatonskih and Krush compared to the teams we know will be fielded by chess powerhouses China, Russia, and Georgia, among other countries.  It's the same old story; you're not going to get players, particularly promising female players, to go into chess as a full-time profession when they can't make a decent living at it.  There are no Rex Sinquefields stepping forward to subsidize any of them.  Instead, we've got Nakamura.  Oh geez.

Soooooo, today is the play-off for the actual title of U.S. Women's Champion between Zatonskih and Krush.  Hmmmm, haven't we seen this action before...  It's warm here, over 80 F already and just about 10 a.m., must be even worse down in St. Louis - I'm going to look at the weather forecast, for thunderstorms (big ones with lots of lightning and building-shaking booms) must be anticipated in St. Louis...  Euuuuwwww!  84 F right now in St. Louis with a sticky 62 dewpoint. Even worse than here, and I am definitely contemplating shutting down the house and turning on the AC.  Lots of warm moist air is hovering over St. Louis and, indeed, being pumped upward throughout the middle section of the country, and that always means there is a chance for severe storms to bloom.  Those of you in St. Louis may see your skies echoing the stormy battle OTB starting at noon today between Zatonskih and Krush.

I'm sticking with my prediction that Zatonskih will retain her title.  We'll see what kind of prognosticator I am.  Ha!
Posted by Jan at 4:34 PM No comments:

From The Smithsonian online:

The Top Four Candidates for Europe’s Oldest Work of Art

In 1940, a group of teenagers discovered the paintings of bison, bulls and horses adorning the walls of France’s Lascaux Cave. Roughly 17,000 years old, the paintings are Europe’s most famous cave art, but hardly the oldest. This week archaeologists announced finding in another cave in France art dating to about 37,000 years ago, making it a candidate for Europe’s most ancient artwork. Here’s a look at the new discovery and the other top contenders for the title of Europe’s oldest work of art.

Nerja Caves (possibly about 43,000 years ago): In February, José Luis Sanchidrián of Spain’s University of Cordoba declared he had found paintings of seals on stalactites in southern Spain’s Nerja Caves. The paintings themselves have not yet been dated. But if they match the age of charcoal found nearby, then the art might be 43,500 to 42,3000 years old, New Scientist reported. That would make the Nerja Cave art the oldest known in Europe—and the most sophisticated art created by Neanderthals, the hominids that lived in this part of Spain some 40,000 years ago.

Abri Castanet (about 37,000 years ago): In 2007, among the rubble from a collapsed rock shelter at the Abri Castanet site in southwestern France just six miles from Lascaux, archaeologists found an engraved chunk of rock. The engravings on the 4-foot-by-3-foot slab, once part of the rock shelter’s ceiling, depict female genitalia and part of an animal. With the help of radiocarbon dating, Randall White of New York University and colleagues estimate the art was made sometime between 36,940 and 36,510 years ago by the Aurignacians, the modern humans who lived in Europe at this time. The researchers reported their findings this week in the Proceedings of the National Academy of Sciences.

Venus of Hohle Fels (35,000-40,000 years ago): In Nature in 2009, Nicholas Conrad of Germany’s University of Tübingen described the discovery of a 2-inch figurine carved from a mammoth tusk. The tiny sculpture was recovered from Hohle Fels cave in southern Germany’s Swabian Jura mountain range. The figure depicts a woman with large, exaggerated breasts, buttocks and genitalia. Radiocarbon dated to at least 35,000 years ago, it is the earliest known Venus figurine. Also in the Swabian Jura, archaeologists have found the Lion Man of Hohlenstein Stadel, an ivory sculpture dated to roughly 30,000 years ago.

Chauvet Cave (about 30,000 years ago): Discovered in 1994, Chauvet Cave’s paintings stand out among Europe’s cave art for their subject matter. In addition to depicting animals that Stone Age people hunted, such as horses and cattle, the wall art shows predators like cave bears, lions and rhinos. The cave’s paintings are exceptionally well preserved because tourists—and the damaging microbes they bring—aren’t allowed inside. But you can still enjoy the breathtaking art by taking a virtual tour of the cave or watching Werner Herzog’s 2011 documentary Cave of Forgotten Dreams.

Posted By: Erin Wayman
Posted by Jan at 8:47 PM No comments:

Queens were all over the news today: 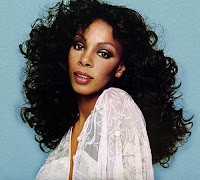 I danced away many a Friday and Saturday night at Victor's (one of the premiere pick-up joints in its hey-day) to Donna Summer's songs back in my 20s.  Gosh, she was so beautiful. 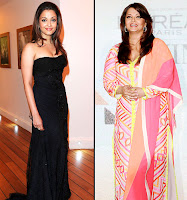 She's not losing the weight she gained during her first pregnancy (daughter born November, 2011) fast enough for some assholes.

From one very out of touch queen (of Spain) to one very in touch queen (of the British Commonwealth) - F(orget) U!
AFP
May 17, 2012
Queen snubs Queen's Jubilee Celebration Invitation
Queen Sofia looks sour; Queen Elizabeth II looks pretty in pink :)
Obviously planned that way, this photo is from the BBC, after all...

And she's 74?  What?  Seems like yesterday I was watching Barbarella at the movie theatre trying desperately to appear nonchalant as I watched the shennigans on the screen!  LOL!  Tame stuff now but back then - wow, near blew my hair out by its roots!

Zatonskih continues to lead by a narrow margin.  The pairings have done her no favors, she has white in R9 against Abrahamyan.  I expect her to win - that is to say, she should win, given the relative difference in ELO and the advantage of white over black; I cannot imagine Abrahamyan rolling over so I expect a tough, intense game.


Pairings for R9 (will be on Saturday - tomorrow is a rest day for the ladies):

My apologies for not getting these final standings to you sooner in the Women's "standard chess" division.  It was a Battle Royale between Mary Ann Gomez of India and Irine Kharisma Sukandar of Indonesia right down to the end: