Well, I'm not sure exactly what this headline means, as the text of the artitcle said nothing about this emerald bead (it is not a green-colored pearl, it is a polished emerald bead) being found in the mouth of Cao Cao's mummified remains! 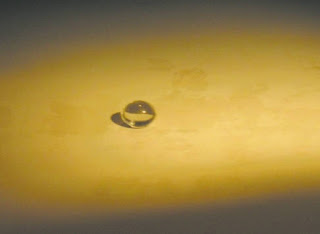 Archaeologists have found an emerald pearl in Cao Cao's tomb with an estimated value of more than 10 million yuan, according to Chengdu Business.

The first 100-square-meters chamber of Cao Cao's tomb has been ransacked by thieves many times, but archaeologists still unearthed nearly 300 complete artifacts from it. Of those, the most special and valuable is the emerald pearl. According to an expert on collection, the pearl could be the only one in the world and nobody has ever seen it except in history books. 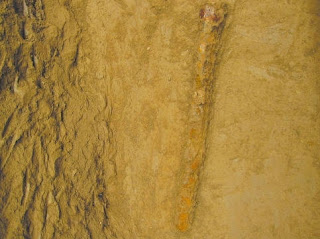 In addition, they also found a complete iron sword at the tomb passage. Archaeologists said they have found iron swords before, but none of those was as complete as this one.
Posted by Jan at 3:57 PM