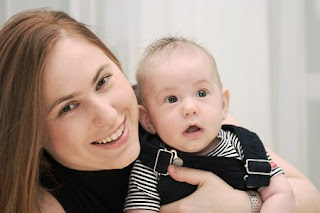 ON CHESS
Mother Polgar back at the board
Saturday, February 6, 2010 3:14 AM
By SHELBY LYMAN
(From the Columbus Dispatch Online)
Women can face special obstacles in maintaining a professional chess career, as is vividly illustrated in the changing fortunes of 33-year-old Judit Polgar, the world's top female player.

In 2003, Polgar reached a pinnacle at the Corus tournament in Wijk aan Zee, Netherlands. Undefeated, she finished in second place, a point ahead of world champion Vladimir Kramnik and a half-point behind tournament winner and future world champion Viswanathan Anand.

With the birth of son Oliver in 2004 and daughter Hanna in 2006, her chess activity plummeted, as did her international rating. Today, she is ranked 48th in the world -- a far cry from 2003, when she was 11th, and earlier years, when she was among the top seven or eight grandmasters.

But she is back with renewed focus and energy. The reason is compelling:

"I cannot live without chess," she said on Chessdom.com. "It is an integral part of my life. I enjoy the game.  "When my son was born, it was clear that children are most important. So chess disappeared from my life for some period.

"But I wanted to play again . . . and become the best again. I have a lot of ambitions. (It's) just difficult to fulfill them all."

But - a woman who wants to have children cannot "do it all" without the help and full-fledged support of spouse (or significant other) and family (parents, grandparents, siblings) - and having money helps, too. Money hires nannies, nurses and private teachers; money enables children and their support entourage to travel with mom when she goes about from tournament to tournament.  How many female chessplayers are alive today who have access to this kind of life-style?  None!!!

You want to see more women in the top 100 chessplayers in the world?  Change the culture that says Mom is THE primary caregiver of offspring.  Until that happens, you won't see females devote themselves full-fledged to chess the way that men are currently able to do.  It's still not a level playing field.  If you think I'm full of it, how come we never see pictures of chess dudes with their kids?