Unfortunately this is a pay for view article at Science unless you have a subscription.  Here is a summary: 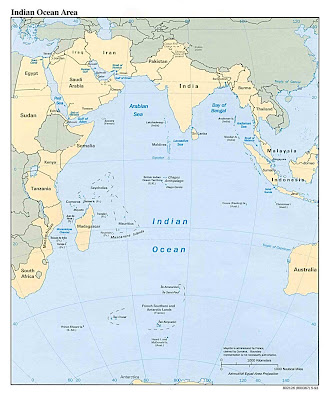 Recent digs in Iran and Central Asia have uncovered a plethora of ancient cities that traded goods and technologies overland with one another and their more famous neighbors. Now discoveries in Oman and the neighboring United Arab Emirates (UAE) are beginning to show that there was a southern sea route as well, which funneled raw materials such as copper and manufactured goods such as textiles across the Arabian Sea and the Persian Gulf. Those links reached deep into the eastern Arabian Peninsula. Much is still unknown, including whether Indus traders actually penetrated deep into Arabia, the identities of the sailors who first plied the Indian Ocean, and just how extensive that contact was. But clues continue to emerge from numerous archaeological digs in Oman and the UAE, a region that has become a hotbed of excavation. Work here and in the western Persian Gulf, Iran, Pakistan, and India reveals that this early Arabian culture was a nexus point for the far-flung civilizations of the 3rd millennium B.C.E. This special Focus package also discusses a bevy of archaeological surprises being discovered in Omani soil and fortified coastal settlements that suggest that the Indus Civilization, once considered an insular society, shipped goods to the east.


Er - would that be Indus cities shipping their goods to the west (Persia) and southwest (Arabian peninsula)???   Pakistan (home to most of the Indus sites) is located to the east of Iran and northeast of Arabia.   But I guess I'm just being picky :)
Posted by Jan at 8:38 AM