Heirs of an Indian Queen Fighting Over the Estate 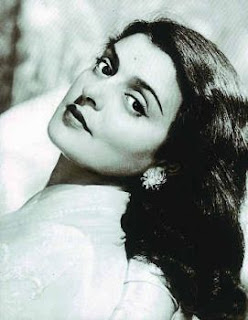 The grandchildren of one of the last queens of India have pledged to fight attempts by her stepson to dispute the terms of her will.

Gayatri Devi, once described as one of the most beautiful women in the world, died in July 2009 at the age of 90.

But on Thursday her stepson challenged her will in court, arguing that she had been "misguided" by her grandchildren in the latter stages of her life.

She was the third wife of the Maharajah of Jaipur.

Gayatri Devi was a fashion icon who broke with tradition by winning election to parliament in 1962 and was re-elected twice.

She supported education for women, and founded a prestigious school in Jaipur, now the capital of Rajasthan state.

According to her will, her two grandchildren - Devraj Singh and Lalitya Kumari - would be the sole inheritors of her properties which include numerous palaces and other large houses.

But her stepson, Prithviraj Singh, argued that she made the will when she was elderly, frail and unable to talk properly. He argues that he is entitled to some of the property that his stepmother owned.

''We have... challenged the settlement, because it was fake and signed when the mother queen was not well," Mr Singh's lawyer, Ramjilal Gupta, told the BBC's Narayan Bareth in Jaipur.

''There is no truth in the will issued in favour of Devraj and Lalitya."

"We have a proper settlement endorsed by the court... which Gayatri Devi issued in favour of both grandchildren when she was alive," he said.

According to Mr Ranjan, a local court in Jaipur issued the succession certificate in February 2009 after a settlement was made in November 2008.

Both are being challenged by Mr Singh.