Iranians LIED About How Many Missiles Launched 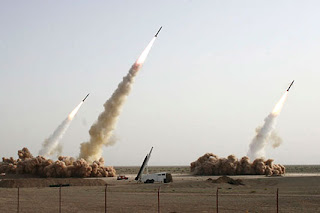 Oh, this is just too hiliarious! Wait until you read some of the comments from the New York Time's "Lede" blog! The Revolutionary Guard faked a photo of yesterday's missile launch, adding a missile. To paraphrase one comment: "Thus evidently making the launch 33 1/3% scarier!" LOL! (First photo, released by Sepah News on 07/09/08; second phot, released by Sepah News on 07/10/08). 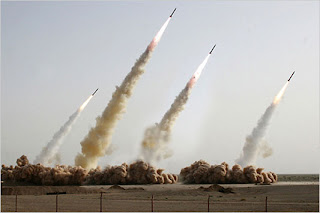 As news spread across the world of Iran’s provocative missile tests, so did an image of four missiles heading skyward in unison. Unfortunately, it appeared to contain one too many missiles, a point that had not emerged before the photo was used on the front pages of The Los Angeles Times, The Financial Times, The Chicago Tribune and several other newspapers as well as on BBC News, MSNBC, Yahoo! News, NYTimes.com and many other major news Web sites.

Does Iran’s state media use Photoshop? The charge has been leveled before. So far, though, it can’t be said with any certainty whether there is any official Iranian involvement in this instance. Sepah apparently published the three-missile version of the image today without further explanation. [Well, DUH!]
Posted by Jan at 8:48 PM