Where Were You 40 Years Ago Today? 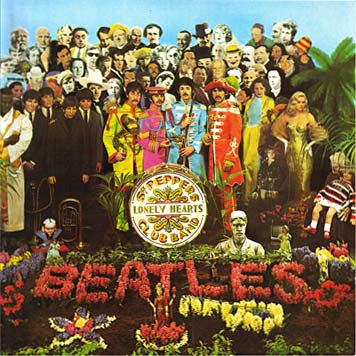 Ah, the memories... From Telegraph.co.uk The Beatles rooftop concert: It was 40 years ago today Posted By: Subhajit Banerjee at Jan 30, 2009 at 16:50:23 (Photo) Yes, it was 40 years ago today that Sgt Pepper and his band played live for one last time. Their music has hardly ever gone out of style in the four decades since and raised plenty of smiles from generations of new fans. The afternoon of January 30, 1969 was when The Beatles surprised a central London office lunch crowd with an impromptu concert on the roof of their Savile Row Apple headquarters. Before the outing was abruptly cut short by police who objected to the noise, the band (with a little help from young keyboardist Billy Preston) had managed to thrill Londoners on adjacent rooftops and the streets below with a run-through of songs they had been rehearsing with a vague album in mind. Their five-song set included Don't Let Me Down, I've Got a Feeling and Get Back - all considered classics in subsequent years. The rooftop 'concert' was the first live gig since the band stopped touring in 1965 (tired of constantly screaming girls and frustrated by not being able to reproduce the more complex arrangements of their studio albums) and was to be their last. Times were tough as relationships were fast deteriorating within the band. Efforts to bring the love back with ideas like filming them trying to record a new album made things even worse - the acrimony captured in the Let It be movie (the DVD of which by the way is still awaiting release). The end was clearly in sight. All of which combines to make the final performance of the greatest group ever (waits for protests) so poignant and special for Beatles fans. Forty years later and it's time to celebrate the great historic event (again, pause for hands to shoot up in protest). BBC Radio 2 is airing I Hope We Passed The Audition (after the quote with which John Lennon closed that afternoon's proceedings) where Texas frontwoman Sharleen Spiteri takes listeners through how the concert came about. Notable contributors include Yoko Ono, Michael Lindsay-Hogg (director of Let It Be), engineer Alan Parsons and Ken Wharfe, the policeman sent by his superiors to "turn that noise off". American bands are leading the tribute concerts with the Beatles' US manager Ken Mansfield (who was present on the Apple rooftop) helping cover band Creme Tangerine pull off a similar stunt in Seattle, Cover Me Badd are planning theirs at a secret San Diego location while four impromptu musicians will use vintage equipment to recreate the Beatles' signature sound in Alabama. But incredibly, although not surprisingly, bureaucracy has thwarted an attempt by the Bootleg Beatles to recreate the moment on the same London rooftop. According to the band, permission was received from the current landlord, arrangements made for an accompanying party and the Westminster council even gave its blessings to the event - only to change its mind later over licence issues. What spoilsports!
Posted by Jan at 7:12 PM

What the wonderful memories. First time they present themselves in different look. I can't forgot this album.