Jewellery unearthed near Ramakkalmedu in Idukki


As part of the second phase of excavation of the Megalithic sites in the district, more earthen burial urns (nannagadis) have been unearthed near Ramakkalmedu.

The excavation is being done as part of the “Discovering Idukki” project of the district panchayat to preserve the historical remains in a heritage museum to be opened at Painavu. 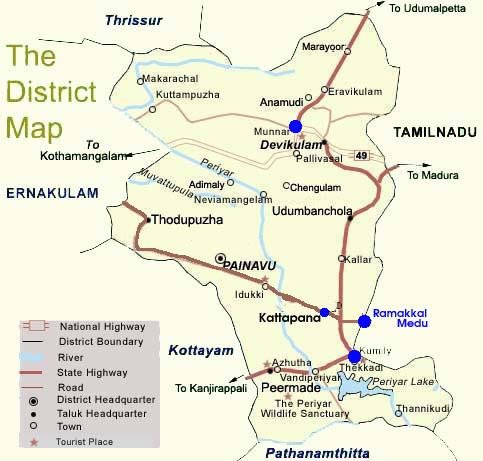 A major discovery at the excavation done on Saturday by a team led by T. Rajesh, historian, was the finding of copper beads near the main urn at a cell joined by stone slabs with a capstone.

“This was the first time copper beads were found in a Megalithic site. The general perception was that the Copper Age (Chalcolithic Age) was just after the Iron Age. That there was no such discovery from a Megalithic site so far has highlighted the importance of further studies on different Megalithic sites in the district,” Mr. Rajesh said.

He said the beads excavated were fine jewellery. Archaeologists and historians had a common perception that the latter period of the Neolithic Age was immediately followed by the early Iron Age in South India. The new discovery contradicted that perception, and the beads gave a clear idea that copper was made during the period.

He said the jewellery showed the presence of a civilised society in the Megalithic period. It proved the artistic skill of a society which was cut off from the mainstream and a rhythm of life completely different from that of other societies of that period. The interaction with the world outside was evident from the new discovery. The beads were of the same size and shape. The holes inside the beads were fine-tuned to make jewellery in a period when life was more on a survival level when engagements in artistic works were impossible.

It showed that the transition of culture from the Neolithic to the Iron Age was a gradual one. The Neolithic-cum-Chalcolithic cultures in the Deccan plateau had further extended to the south throughout the second millennium BC, Mr. Rajesh said.

He said the same lifestyle could be seen here. The megalithic pottery could be broadly divided into two groups — unpolished, large, receptacles of funerary deposits, the burial urns, and well-fired highly polished small pottery. The old black-finished pottery was wheel-turned. The clay was finally ‘litigated,' making it a smooth and plastic paste, though it was not uniform in texture. The polish or glaze exhibited a capacity to withstand a fairly high temperature and a black colouring clay was applied, acting as a flux at high temperatures.

During the preceding Neolithic-Chalcolithic times, the knowledge of metals was almost non-existent in South India. In all probability, the copper beads were imports from the central Indian Chalcolithic regions. The copper beads pointed to a culture link with the Harappan civilisation.

Along with the beads around the main urn, there were nine small pottery pieces of various sizes. There were artistic skills in making pottery as evident from the decorative work on the main urn. The size and shape of the pottery showed the skill and the technological advancement in the Megalithic period. The pottery was thin and black. It was well finished and with a glossy surface. It was made using potter's wheel. The row clay used for making the pottery was found inside the cellar. The gap between the stone slabs used for making the cellar was filled with the same clay used for making pottery. A bunch of clay was left on the southern corner of the cellar near the main burial urn. The presence of clay in the raw form proved that the pottery was made there. The site which was on the top of a small hill was surrounded by low plains with marshy soil. The site was near an ancient trade route to low-lying areas of the present Tamil Nadu.

The excavations done as part of the project in other places showed differences in the living style of a society in this part of the district. There was no iron remains found on the site, but at Parathodu, around 55 km from here, iron remains, including two swords, were unearthed earlier.

District panchayat president Alex Kozhimala, who is keen on opening the heritage museum, said that it was a major finding and further studies would be conducted with the help of the archaeologist. He said the heritage museum would be opened as early as possible.