Hmmmm, happens on March 1st, according to the local meteorologists on the local airwaves.  Amazingly enough, I'd managed to live the first 60 years of my life without ever having heard of this concept - until a day or two ago.

Many areas of the "midwest" including my home state of Wisconsin, experienced an abnormally warm and relatively snowless winter this season.  But "winter" never truly ends around here until the end of June.

So, it came as no surprise today to have to walk the 9 long blocks (half of it uphill into the wind) tonight after leaving the office.  But Mother Goddess, I sure was pissed off about it.  Arrived home drenched to the skin, with icy cold rivulets of water dripping down the back of my neck and my formerly waterproof booties have sprung hopeless leaks and need to be junked.  Of course, they were never designed to be fricking WADERS! 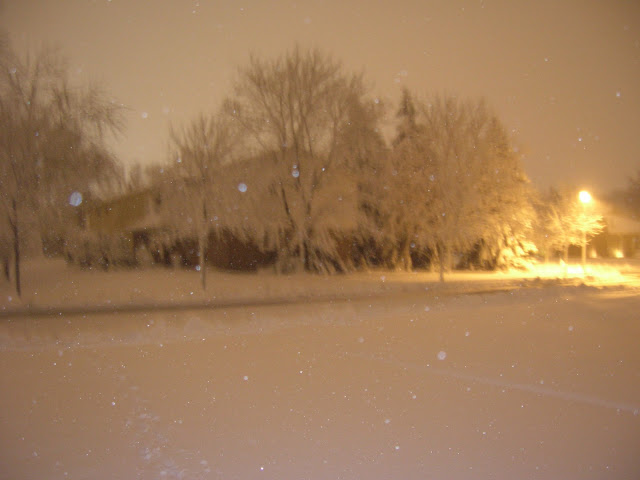 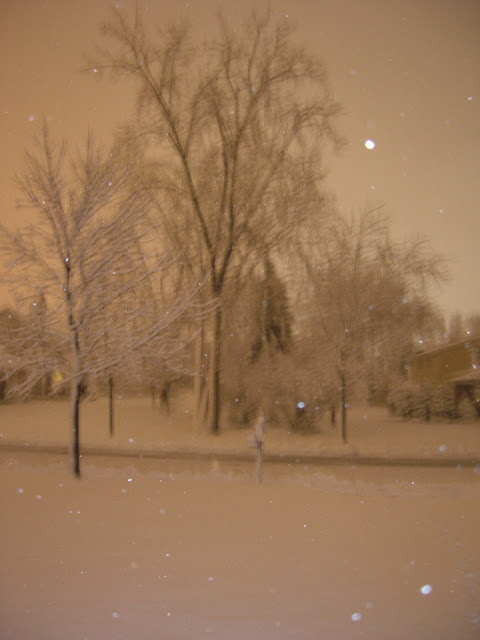 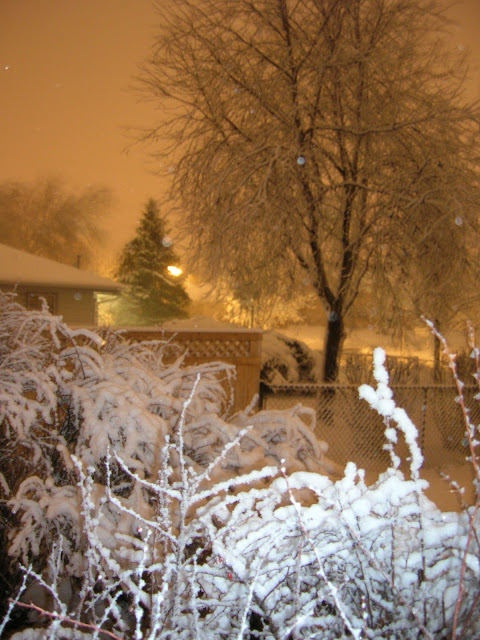 Those little "white balls" and "glowing spots" on the pics are SNOW.  It was still snowing to beat the band when I was attempting to get these shots.  Crazy moi. 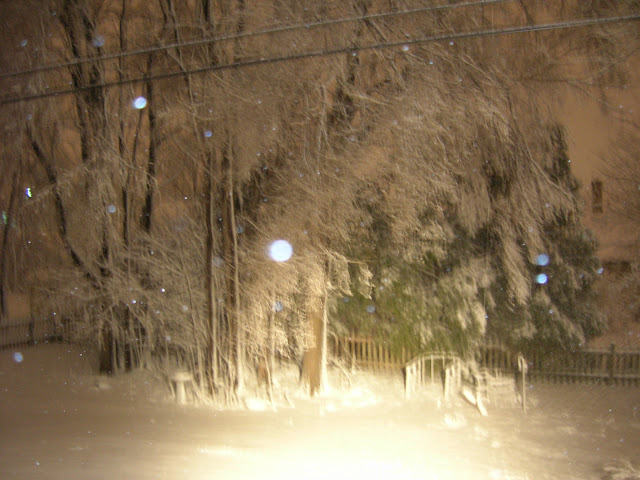 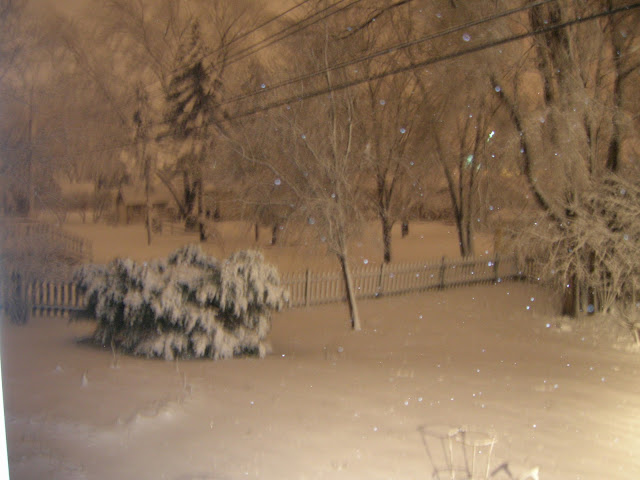 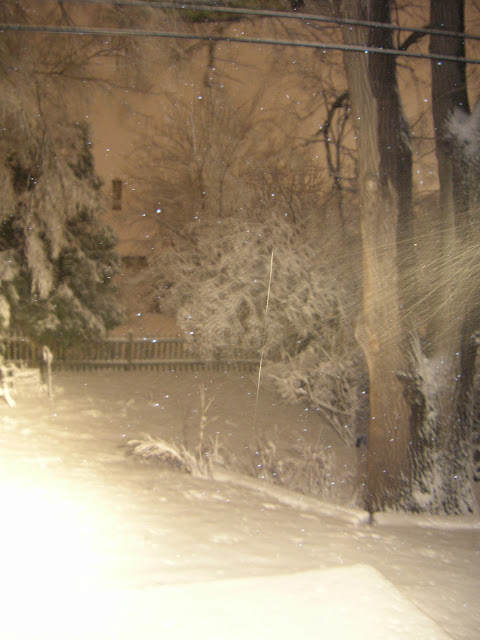 Hmmmm, sure hope I didn't scratch my lens doing something or other before taking that last photo...or maybe that's just blowing crap from around the southeast corner of the house, because that is the nominal direction from which the wind is supposed to be blowing right now (off of Lake Michigan, OF COURSE!)  Couldn't prove it by me, though.  If the wind has actually been blowing out of the southeast it would have been hitting my left backside; instead, I was nearly drowned by snow blowing into my eyes, ears, nose, and throat by the time I at last managed to trudge the last 30 feet up my driveway to my front door, gagging all the way.  I couldn't see, and my otherwise trusty blue scarf that I'd wrapped around my face in a fruitless attempt to protect it from the driving snow was frozen to my cheeks while running a constant rivulet of icy water down the back of my neck.  I also had crusted over eyelids with icicles, and frozen snot at the end of my nose.  Altogether, just a lovely "meteorological spring" stroll home from the bus stop after a long hard day at the office.

I'm tired and I want to go to bed.  But the house is creaking and groaning under the weight of this WET AND HEAVY SNOW LOAD.  There are intermittent strong wind gusts that knock clumped-up snow and ice from my trees onto the roof, and against the windows and siding.  Sounds like bombs going off, damn!  Don't think I'm going to get much sleep tonight.

During the walk home tonight, just before I hit my block I thought I saw flashes of lightning.  But there was no thunder.  Then I started hearing bzzzzzzing noises, and that scared the frigging Hell out of me, let me tell you.  DOWNED WIRES!  I don't know exactly where they were, but they sure were arcing and bzzzzzzzzing, and I could smell the ozone in the air as I burst into a run -- where did that energy come from, I wonder!  Amazing what fear can do.

Then, when I was putzing about in the kitchen jerry-rigging a shepherd's pie together, I saw that tell-tale bright white flashing light again.  I ran to the patio door, praying to Goddess that there were no downed wires in my backyard.  I still had power though...

The arcing light flashed a few more times as I turned on the light and pulled open the patio door.  I couldn't see anything though, not in all that driving snow hitting me in the face; but as far as I could tell, the lines across my backyard were still up and I didn't see anything resembling a fire.

But I'm not ashamed to tell you that I'm scared by this storm.  As storms go, it's not going to leave a lot of snow behind in my neck of the woods.  But the cold is coming and even as I write this I can feel a distinct chill in the house air that wasn't there before, and the sleet/mush/snow is going to freeze solid -- on all those millions of tree branches and limbs and electrical wires and power towers. That means potential for downed branches, limbs, wires and power towers.