I will forever be grateful for the two trips I was able to take to New York City (2005, 2009) with Mr. Don, Georgia and Michelle Albert. During the 2009 stay in NYC, one of the places we visited was the China Institute: 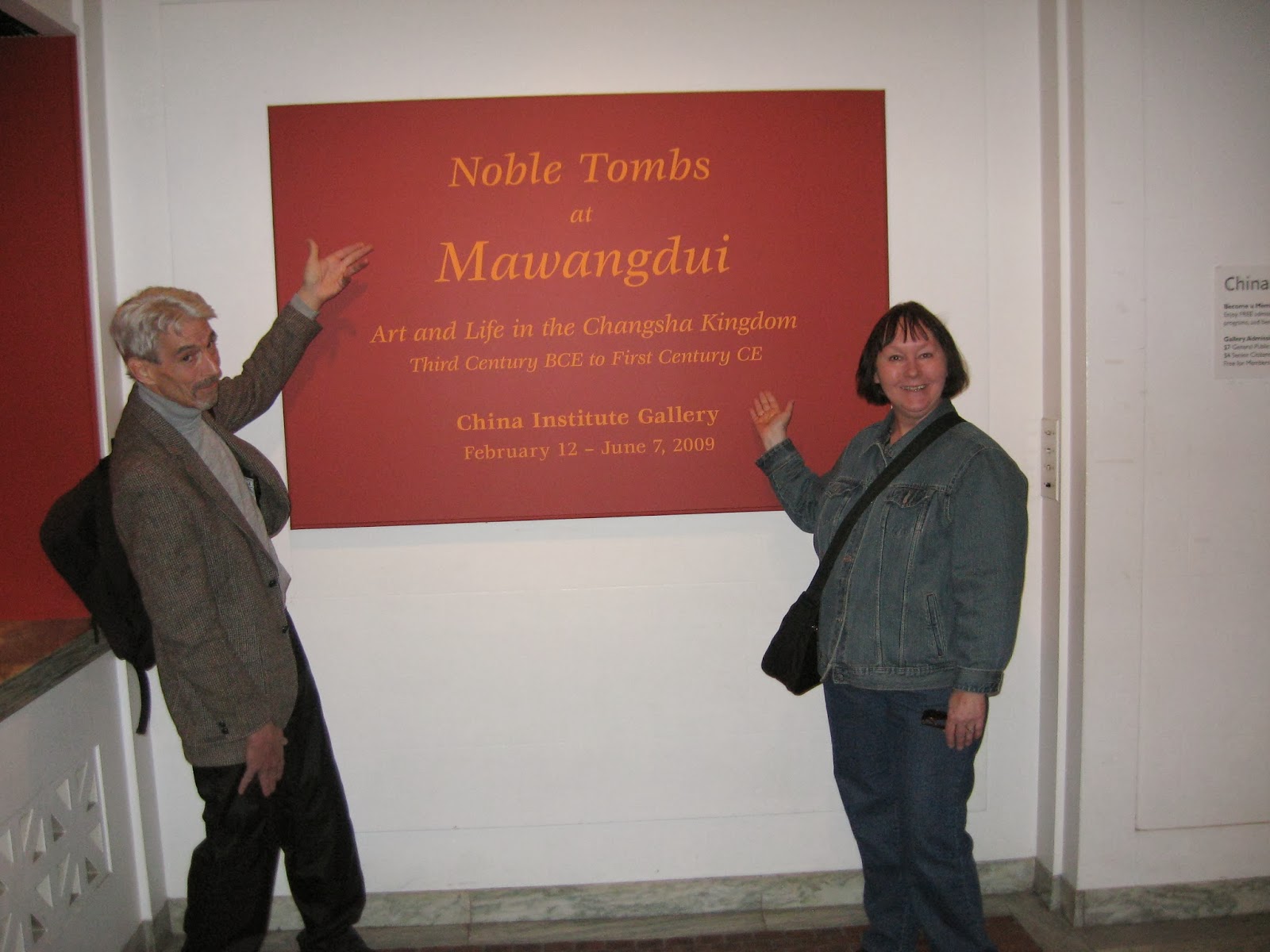 Mr. Don and I were in the lobby of the Institute, photographed by Georgia (Isis).  This exhibit we saw, the Tombs of Mawangdui, including some artifacts from the tomb of the Countess Dai and a replica of the silk banner that had been, somehow, preserved in her tomb, AWESOME!

It may be relatively small in space, but when it comes to putting on blockbuster exhibits, the China Institute ranks with the best!  The 2009 Noble Tombs of Mawangdui was just one of many incredible exhibits, bringing to the United States things we would otherwise only see online (maybe).  So I'm very happy to publish this announcement: