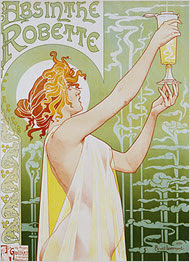 A strong memory that lingers from yesteryear is the very first time I saw the 1966 film (on television) "Madame X" starring John Forsythe and Lana Turner as star-crossed lovers. They marry and have a child - a son - but Forsythe's mother (portrayed with chilling malice by Constance Bennett) engineers the disappearance of Lana Turner's character from Forsythe's life, who thinks she is dead after falling overboard from a yacht. Years go by. Lana winds up in Mexico and is an addict - an absinthe addict. A drinking pal of Lana's discovers her secret, and concocts a blackmail scheme but Lana kills him before he can carry it out. In the ultimate twist of fate, Lana and Forsythe's child, now grown and protrayed by a young Keir Dellea, is appointed as Lana's attorney to defend her in the murder trial.

During most of the movie, I sobbed my head off. The courtroom climax is heart-shattering. They probably heard me crying in China.

Dear reader! Should this column impress you as being more than usually lyrical, recalling perhaps the imagery and elegance of poetry by Baudelaire or Verlaine; should it seem a bit decadent, redolent of Oscar Wilde’s withering hauteur; should it have a touch of madness or perversity, combining, say, the tastes of Toulouse-Lautrec with the passions of van Gogh; should it simply sound direct and forceful and knowing like one of Ernest Hemingway’s characters; should it do any or all of that, let me credit something that each of these figures fervently paid tribute to: the green fairy, the green goddess, the green muse, the glaucous witch, the queen of poisons.

For this column was conceived under the influence of a green-colored, high-proof herbal liquor that was illegal in the United States for more than 95 years. And not just here, for when that mini-Prohibition began in 1912, alarm bells were ringing all over Europe. In 1905 a Swiss man murdered his family after drinking absinthe, leading to the liquor’s banishment from that country, where it originated. The French thought they risked losing World War I to robust beer-drinking Germans because of the dissolute influence of absinthe, so it was banned in that nation as well.