News from the Ken Whyld Association 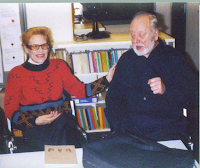 Alessandro Sanvito has written a new book about old chess manuscripts: Scacchi manoscritti (120 p.; price: 22.-- €) has been published by Caissa Italia editore where you will find further details.

A new Correspondence Chess Database on CD Ultracorr 2 has been announced by Tim Harding for June/July 2008 which will only be produced if at least 60 advance orders will be received by end of May. The advance price is 32 Euro. Orders can be made via his web site, here the direct link to the order page. Moreover a new book on olympiads has been announced by Mario Tal, you will find more details (in English / German) in this pdf-file!

A number 9 of Dr Hans Ellinger's series "Tübinger Beiträge zum Thema Schach" a reprint of the Lasker drama Vom Menschen die Geschichte [The History of Man] has just been published, you will learn all essential things from this flyer which also contains an order slip (in German; pdf-file).

The KWA serves a worthwhile cause, originally championed by chess historian Ken Whyld (d. July, 2003). Ken spent the greater part of his life researching and writing about chess and its history (including the elusive origins of the game) and amassed a huge collection of chess literature and writings on chess that were, after his death, donated by his widow to the Swiss Museum of Games, curator Dr. Ulrich Schadler (a friend of Goddesschess). Please consider supporting the worthy goals of the KWA via membership.
Posted by Jan at 9:40 AM