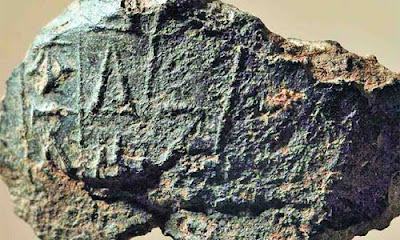 From the Austriantimes.at Austrian archaeologists make Babylonian find in Egypt October 29, 2009 By Lisa Chapman (Photo Credit: (c) Axel Krause) Austrian archaeologists have found a Babylonian seal in Egypt that confirms contact between the Babylonians and the Hyksos during the second millennium B.C. Irene Forstner-Müller, the head of the Austrian Archaeological Institute’s (ÖAI) branch office in Cairo, said today (Thurs) the find had occurred at the site of the ancient town of Avaris near what is today the city of Tell el-Dab’a in the eastern Nile delta. The Hyksos conquered Egypt and reigned there from 1640 to 1530 B.C. She said a recently-discovered cuneiform tablet had led archaeologists to suspect there had been contact between the Babylonians and the Hyksos. Forstner-Müller added that Manfred Bietak had begun archaeological research on the period of Hyksos dominance at the remains of a Hyksos palace at Avaris in 1966. She said ÖAI would open a museum at the Avaris site that the Egyptian government and sponsors would fund to make the seal and other objects accessible to tourists.
Posted by Jan at 8:58 PM