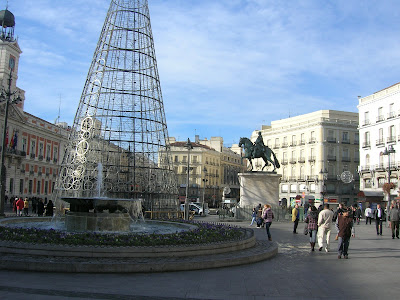 Plaza del Sol.  Many of the shops were closed today for the Feast of the Three Kings.  By Madrid standards, we were out early (i.e., before 3:00 p.m.).  Later in the day when we walked through the plaza again headed back to our hotel, it was much more crowded.  There were lots of families out today with their children, and many couples strolling.  People in Madrid stroll, they don't march. 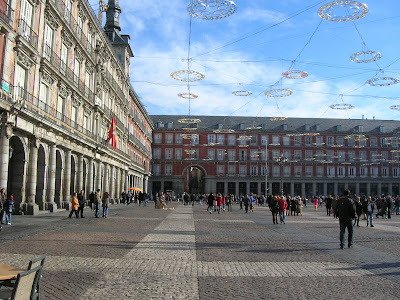 Plaza Mayor.  When I first saw this place in 2002, it was night and it was sparkling with lights.  There were people everywhere, sitting at tables all around the perimeter where there are restaurants and tabernas and many shops.  Here are a couple more photos of the Plaza Mayor: 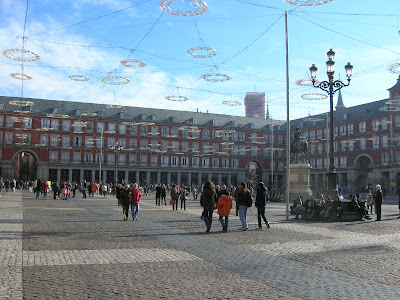 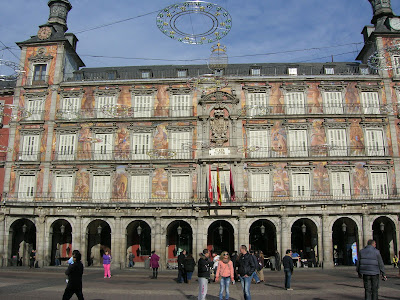 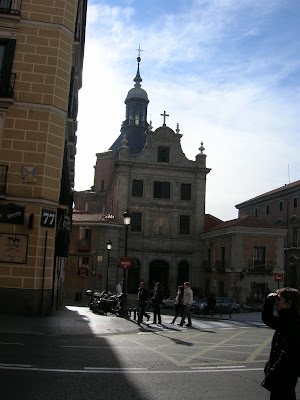 This is one of the many churches that are tucked away everywhere in Madrid.  I'm no good at reading Spanish - the only part of its name I could reason out was the first word "Inglesia" - which I think means "English" - but it could mean something else entirely!  We passed this lovely obviously old church as we marched down Calle de Mayor toward the edge of the escarpment. 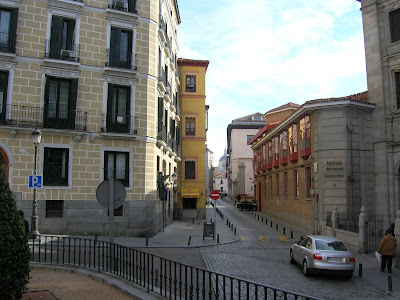 Looking up the street by the churchh - in the distance, the dome of another church! 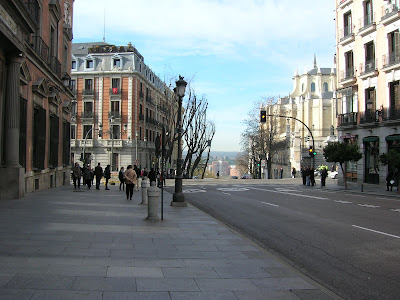 Hark!  Clear skies ahead - we are getting near the end of the world! 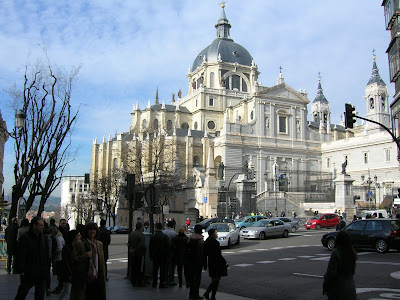 No photos I could take can do this Cathedral justice.  It is gigantic and marches down the hill to the edge of the escarpment.  To the right begins the grounds of the Royal Palace.

Across the street to the left and out of view, the oldest section of Madrid left over from the Arab occupation - sections of the old city wall! 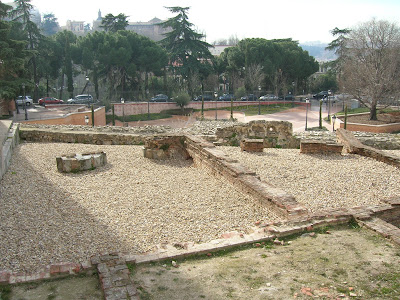 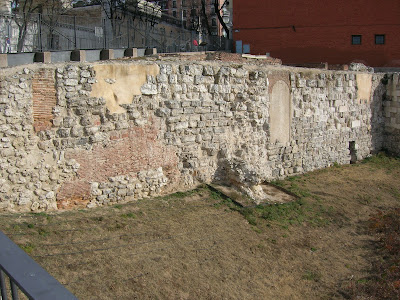 We ran into a fellow tourist from New York and we had a nice chat about one of my favorite cities
in the world.  I miss the United States.  I miss scrambled eggs and regular coffee that isn't thick enough to stand on its own without a cup.  I miss everything that doesn't cost a minimum of 10.60 euros. 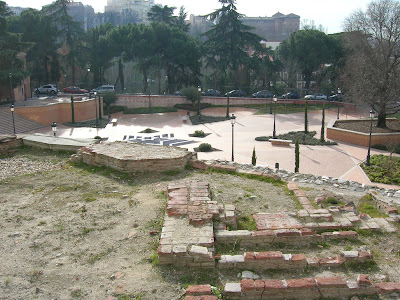 In the distance, yet another church complex (behind the evergreens); below, a beautiful plaza that must be private, as there were no people in it at all, very unusual.
Posted by Jan at 2:13 PM