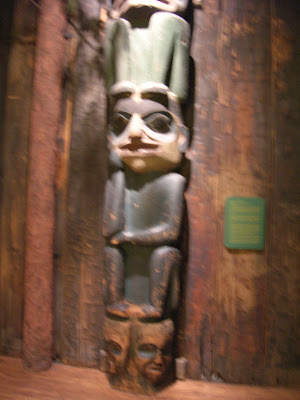 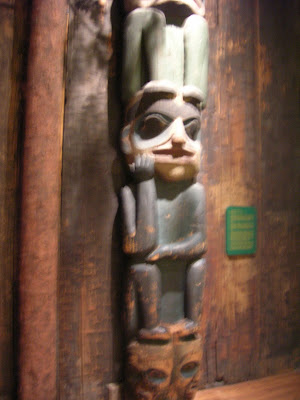 Two photos of a bottom portion of a totem - I did not photograph the plaque describing it in detail, but it's from the U.S. Pacific Northwest and welcomes people into the Native American section on the second floor. 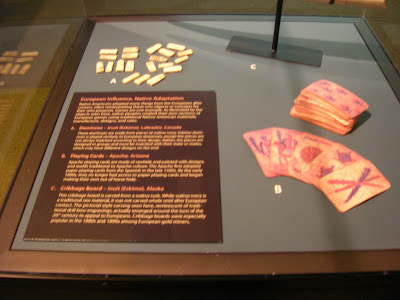 This exhibit is from "Indian games" -- beautifully carved ivory dominoes,
playing cards, and in the next photo, a carved walrus tusk cribbage board. 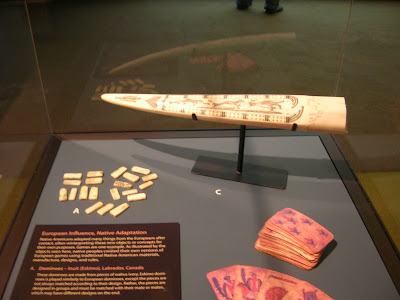 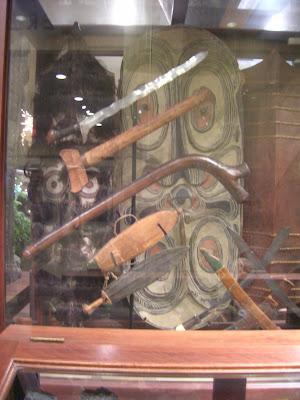 At the top of the grand staircase that takes you to the first exhibit floor of the Milwaukee Public Museum, is a large display of fascinating things from the Museum's collection -- designed to catch the attention and spark the imagination of visitors, young and old.  This is (I believe) a Maori war shield and a display of various weapons from Polynesia, possibly.  We didn't take notes! 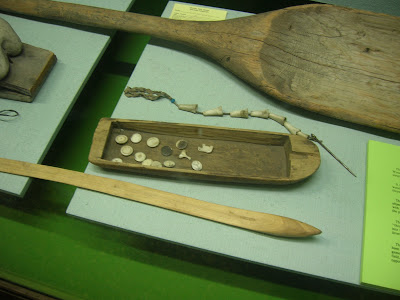 The small disks in this "bowl" are described as "dice" and this is described as a "woman's game."  The bowl is pounded on the ground, causing the disks to fly into the air and then land.  Black and white are counted and points awarded.  This is a North American Indian game, but I do not remember which region or tribe.
Posted by Jan at 2:20 PM