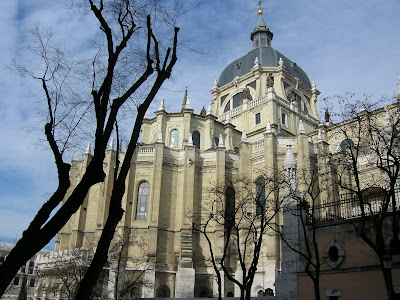 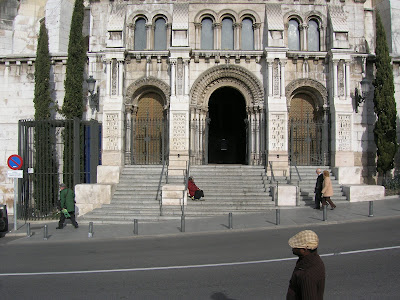 Don wanted to go inside the cathedral.  I said absolutely not.  He wanted to see what was inside.  Pagan iconography, without a doubt.  Once you've seen the inside of one church, you've seen them all, unless a Black Madonna was lurking about somewhere (doubtful, we'd have heard about her, I think).  I'm sure the Judeo-Christian god who lives inside this church would have hurled a thunderbolt at me if my foot had crossed the threshhold, goddess-worshipping pagan that I am.  No Houses of Yawheh for me, thank you very much. 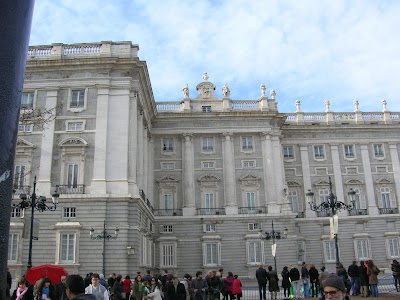 Down the road a piece from the Mighty Cathedral, the Royal Palace.  People were milling about and the police were all over, being rather obnoxious, actually.  Don suspected an appearance by the King, perhaps something to do with the holiday.  I was bored. 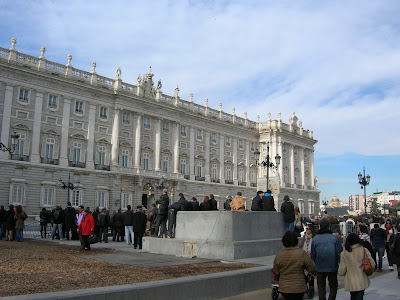 Another obligatory photo of the Palace.  The end of it in sight, thank goddess! 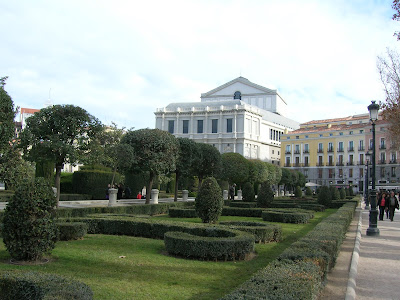 Directly across from the Royal Palace, a very ritzy area.  The parterres are lovely.  There are sculptures of ancient kings and rulers of Spain up and down the walks.  I did not photograph any of them.  The tall building in the distance is the back of the Opera House.  In October, 2002 Don and I sat in the hot sun and drank some tall ones with hundreds of other people at tables all over the plaza at the end of the gardens.  Today, hardly any tables outside and the ones that were out were blocked off by glass partitions - for diners at a fancy restaurant only.  Oh well. 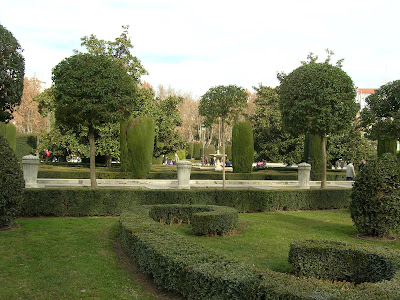 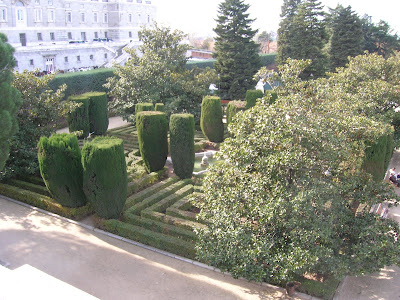 We stopped briefly so Don could rest and drink his bottle of sparkling water.  This is a photo of the "sunken gardens" area at the edge of the Palace grounds. 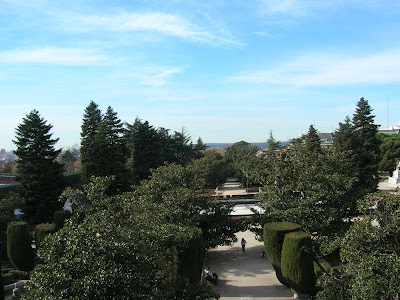 Another view of the sunken gardens.  In the distance you can see the mountains.