This article cracks me up.  Oh, to have the problems of being among the uber-rich in the USA!  Ha ha ha!  How deliciously ironic that the IRS has become the poor people's (we'll soon be back to where we were, poverty wise, in 1965, people - 50 years of progress wiped out by those greedy bastards on Wall Street - who are laughing, laughing) ultimate avenger against the 1%.  I have saved the best for last -- a photograph of the artwork is at the end of the article :)

What is the fair market value of an object that cannot be sold?

The question may sound like a Zen koan, but it is one that lawyers for the heirs of the New York art dealer Ileana Sonnabend and the Internal Revenue Service are set to debate when they meet in Washington next month.

A version of this article appeared in print on July 22, 2012, on page A1 of the New York edition with the headline: Art’s Sale Value? Zero. The Tax Bill? $29 Million..


And the piece of art that is causing all the uproar: 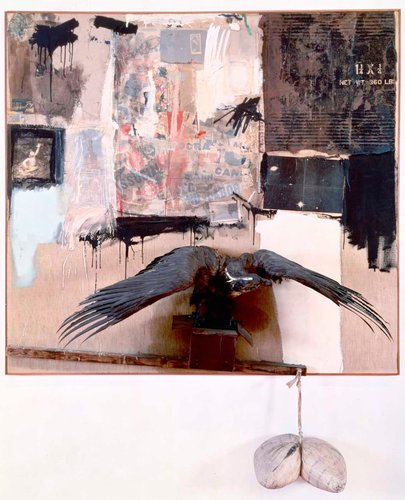 Bwwwwwaaaahhhhaaaahhhaaaa!  I wouldn't pay $0.69 for it!  Love the weighted sack at the end of the stick too, har :)
Posted by Jan at 5:11 PM