The Goddess and the Palm Tree 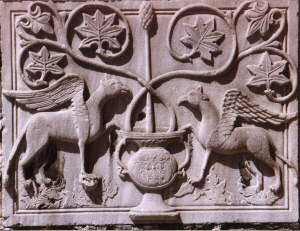