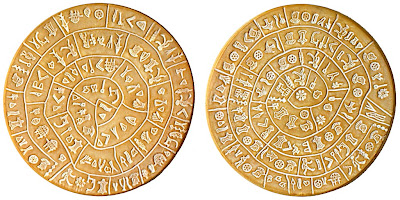 How come dudes like Lord Mandelson never eliminate their own jobs???

From the guardian.co.uk
Writing off the UK's last palaeographer
The decision by a London university to axe the UK's only chair in palaeography has been met by outrage from the world's most eminent classicists. John Crace on why the study of ancient writings matters – and why history will be lost without it
John Crace The Guardian, Tuesday 9 February 2010

Dry, dusty and shortly to be dead. Palaeographers are used to making sense of fragments of ancient manuscripts, but King's College London couldn't have been plainer when it announced recently that it was to close the UK's only chair of palaeography. From ­September, the current holder of the chair, Professor David Ganz, will be out of a job, and the subject will no longer exist as a separate academic discipline in British universities. Its survival will now depend entirely on the whim of classicists and medievalists studying in other fields.

The decision took everyone by ­surprise. "It was only recently that Rick Trainor [the principal of King's] was calling the humanities department [to which palaeography is attached] the jewel in the university's crown," says Dr Mary Beard, professor of ­classics at Cambridge University. "There had been a complete overhaul of ­minority disciplines in the mid-1990s, so there was consensus that everything had been pared down to the bare minimum."

How things change. With Lord Mandelson – in his incarnation as secretary of state for business, industry and skills – now imposing a minimum 10% cut in spending throughout higher education, universities are looking to slash and burn departments. And esoteric subjects such as palaeography are easy targets; they attract comparatively few students and, most importantly, comparatively little in the way of research grants – the only way the past few governments have measured a subject's worth.

But if Trainor was hoping palaeography would do the decent thing, he badly misjudged the situation. Professor Ganz – the fourth person to have held the chair since it was endowed in 1949 – didn't roll over and die quietly. "On the assumption that this means the end of the chair of palaeography, I am having to fight for my subject," he says, "and I have been deeply moved by the level of support from friends, many of whom I have never met."

That's pretty much all Ganz is saying for now – but, having initially raised a very restrained, academic form of hell, others are now doing the talking for him. A Facebook page to save the chair has more than 4,000 members, and many of the world's most distinguished classicists have petitioned King's to ­reconsider its position. Even his ­students are stepping in to defend him. "Without a palaeography professor such as David Ganz, not only will King's be sorely deprived of a basis on which to teach almost every other university discipline," says Alexandra Maccarini, "but the study of humanities everywhere will suffer from the absence of a devoted specialist in the subject."

In its strictest sense, palaeography is the study of ancient manuscripts whereby scholars can read texts – often partial, as many exist only in fragments – and localise and date handwriting accurately. This may sound arcane, and to some extent it is. But it is also the building block of all classical and ­medieval scholarship. According to Ganz: "Anyone who goes into a ­university library will within a week find an ancient manuscript that no one has yet properly understood."

"It is academic forensic science," agrees Dr Irving Finkel, assistant keeper in the department of the ­Middle East at the British Museum. "Many of the printed texts we use today – be they the Bible, Livy's poems or Shakespeare's plays – do not come from a single text. They are a collation of various manuscripts that may have been altered by scribes over time. A palaeographer can help determine which is likely to be the most authentic.

"It's about understanding the codes, the signs and the ligatures [common abbreviations] that were in use at different periods of a language's evolution, so you can interpret words that may have been rubbed away and see what may have been added at a later date."

Academics, of course, enjoy a good squabble, so it's hard to get universal agreement on what does and doesn't fall within palaeography's reach. For some it includes major finds such as the Rosetta Stone, from which ­hieroglyphics were first decoded, and Linear B, the ancient Minoan script translated by Michael Ventris. ­Others insist that, as they were carved in stone, they fall within epigraphy. Some restrict ­palaeography to merely classical texts; others include medieval and Renaissance texts.
Either way, the point is much the same. It's not just that we wouldn't have a clue what the Dead Sea Scrolls or the Cyrus Cylinder (over which the British Museum and the Iranian government are currently locking horns) actually mean without palaeography; we wouldn't know how to evaluate their historical importance. Multiply this by every fragment and every hand-written folio, and the history of the world begins to be up for grabs.

"Palaeography is not simply an arcane auxiliary science," says Professor Jeffrey Hamburger, chair of medieval studies at Harvard University. "It is as basic to the training and practice of ­historians as mastery of Dos or Unix might be to a computer scientist.

Not that palaeography has the answer to everything. No one has still made head or tail of Linear A (dating back to around 1900BC), and the Indus ­Valley script of the third millennium BC is still a mystery. But just days before King's made the announcement, its sister London institution, University College, was boasting how two of Ganz's former students, Dr Simon ­Corcoran and Dr Benet Salway, had pieced together 17 fragments of parchment that form an important ­Roman law code – believed to be the only original evidence yet discovered of the Gregorian Codex (a collection of constitutions upon which a substantial part of most modern European civil law ­systems are built) that had been thought lost for ever.  [Image at top: both sides of the Phaistos Disk - still undeciphered.]


Giving up on palaeography is like giving up on art, history and culture. It's like deciding we know all we want to know about the past, so we're not going to bother to find out any more: "It's not as if we can come back to it in 15 years' time if we then decide there's enough money," says Beard. "Palaeography can't be taught in an online tutorial; it's a skill handed down from one academic to another. If King's does go through with its decision, it's the end of the subject in this country."

Reading the past: What palaeographers have done for us

A collection of about 900 documents on parchment and papyrus, ­written in Hebrew, Aramaic and Greek, ­dating from about 150BC to AD70. Discovered between 1947 and 1956 in 11 caves on the northwest shore of the Dead Sea. The earliest surviving ­examples of Biblical texts.

More than 600 symbols have been found – primarily on seals – belonging to the Indus Valley civilisation of 3,000BC. Most inscriptions are only four or five symbols in length. The longest is 26 symbols. Scholars have yet to decode them, though it hasn't stopped them arguing whether it does actually constitute a genuine language.

Technically one for epigraphers, but many palaeographers claim it for themselves. The stone, discovered by the French in 1799, contained three parallel texts – hieroglyphs, demotic and Greek – and was the key that ­enabled scholars to decode ­hieroglyphics for the first time.

The most important work in Anglo-Saxon literature, the Old-English epic poem of 3,182 lines is known from a single manuscript that is estimated to date from AD1000. The manuscript has crumbled over time and scholars are still working on its preservation and revealing lost letters of the poem.

A collection of documents from the Ptolemaic and Roman eras excavated from the old rubbish mounds of Oxyrhynchus, an ancient Egyptian site thought so unimportant it was left almost untouched for centuries. Extracts from the plays of Menander and the Gospel of St Thomas are among the most important finds.
Posted by Jan at 3:01 PM