I don't know if the pictures can give you the sense of space inside this structure.  It's incredible.  I could hardly tilt my head back far enough to see the vaulted roofs far overhead.  I have no idea how tall they are, they look hundreds of feet up there!

A final word - unfortunately several of my photos turned out blurry even though my camera did not give me a blurred notice and option to delete the image and so I thought I was getting clear images.  Damn.  I think it must be the lack of light in some instances, we were not allowed to use flash (I totally understand). 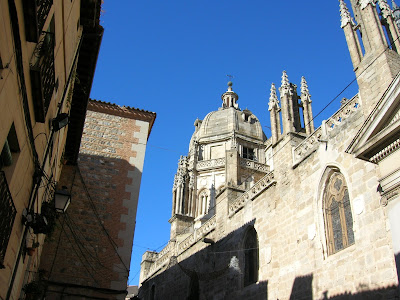 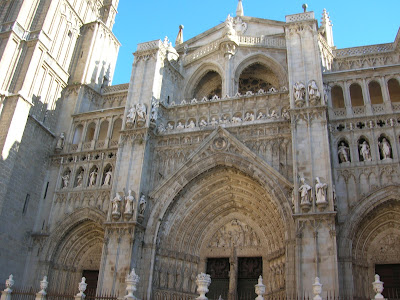 ﻿
A close-up of the main facade. 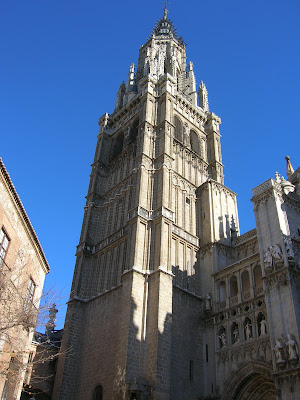 The mighty spire on the left of the front facade. 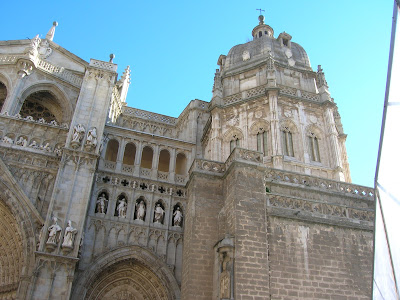 The dome on the right of the front facade. 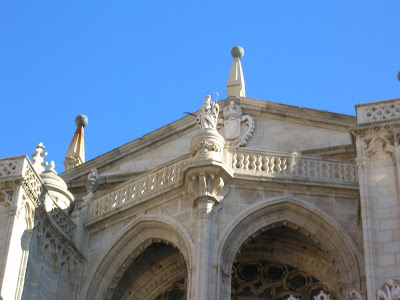 A close-up of the top area over the big central doorway. 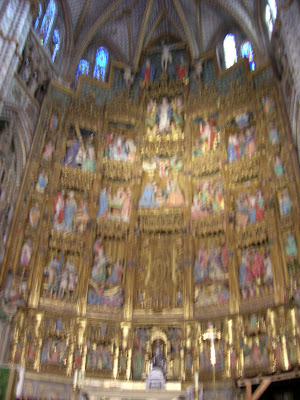 An unfortunately blurred shot of the main altar-piece. 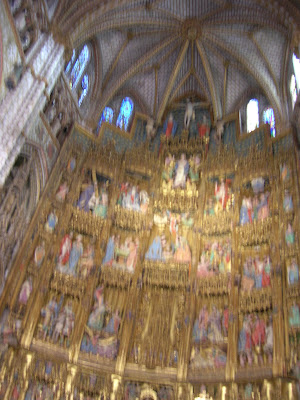 Another blurred photo of the main altar-piece, this one giving a view of the vaulted arches and windows at the top. 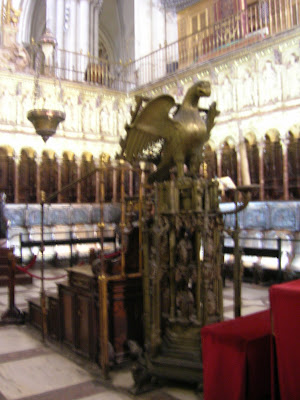 A massive eagle backs a large book-rack for a Bible.  In this side-chapel, tall-backed elaborately carved wooden chairs surround the pulpit.  On the left, above, you can see part of one of the massive pipe organs in the Cathedral.  On the opposite wall, another massive pipe organ of a different vintage.  I got photos of both, below, but they are not very clear, unfortunately.  We saw two more massive pipe organs on our tour but we were whisked by them so quickly, I did not have a chance to get any photos of them. 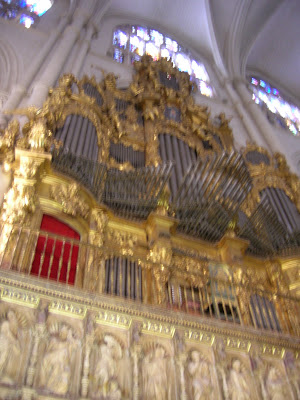 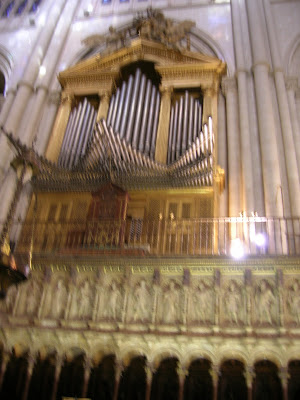 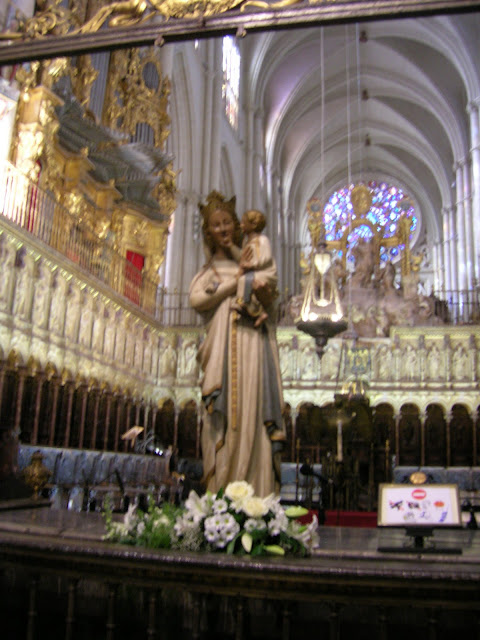 The White Virgin.  She was sculpted in France of alabaster, and dates to the 12th century CE.  Evidently this area is called the "Choir" -- see photos directly above -- the two organs, the pulpit, and this photo of the sculpture that appears to be floating in front of the massive and beautiful stained-glass window that you can see in the background of this photo.  The name of the White Virgin will show up again in Toledo in a subsequent post.  Of important historical note - this Virgin is considered a Black Madonna (Virgin Morena) because of the tone of her skin!  She is called the White Virgin because of the color of her robes and for other historical reasons that relate "whiteness" to purity, a being unblemished.  And so this Madonna and child was, and is, known by the local population by both names. 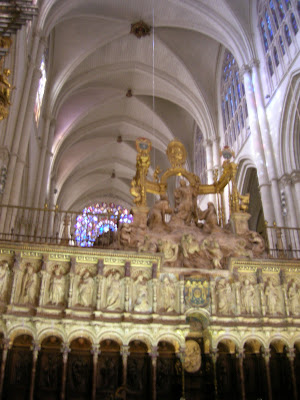 You know, I can't make out what this is at all.  It looks almost Buddah like to me, at least, in this photo.  This is the image that is seen in the background of the photo of the White Virgin, above.

More photos of the interior of the Cathedral in the next post.