How One Museum Pitches for Funds 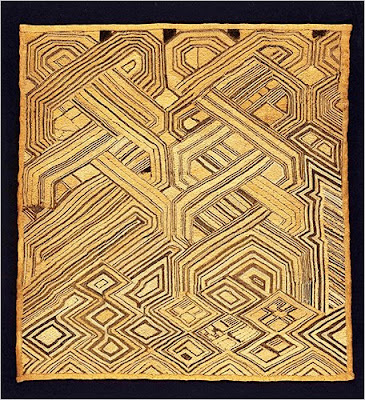 I seem to be on a museum news kick at the moment (see posts from earlier today). This article made me go Whoa! I'm so naive! Here I thought that museums mostly acquired their art and artifacts from bequests by wealthy collectors and donations by equally wealth patrons. But at least in this case, it's all about Marketing, baby, marketing! (Methinks Mr. Don would appreciate these graphics of African textiles, from the article. The first looks like an abstract Tree of Life pattern to me, but also has something of a Celtic cross pattern look to it; the second has checkerboard-like patterns that appear to harken back to extremely ancient motifs. What looks like a "magic square" (3x3) checkerboard motif, for instance, appears in one of the caves as Lascaux in France, dated to circa 17,000 BCE.) From The New York Times: Art My Dream Is for Sale; Buy It for Me By JORI FINKEL Published: May 8, 2009 LOS ANGELES - AS any gallery owner knows, art does not exactly sell itself. Even in a bullish economy the way a work is displayed and discussed can make all the difference between igniting a collector’s abiding interest and letting the ember go cold. This is also true in the museum world, where curators must lobby for proposed acquisitions and exhibitions, both with museum directors who sign off on projects and trustees who sign the checks. And nowhere is the sales prowess of museum curators exhibited more theatrically than in the annual Collectors Committee weekend at the Los Angeles County Museum of Art. 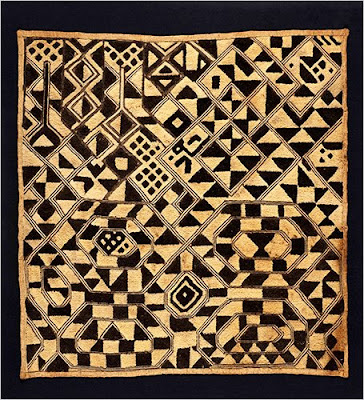 While most curatorial sales pitches tend to take place in boardrooms behind closed doors, this event makes a rather public sport of it; this year one curator was spotted literally falling on his hands and knees before a trustee at a gala dinner, playfully yet seriously begging for acquisition funds. The concept is simple: after curators argue for their proposed acquisitions, collectors, who have ponied up money to participate in the event, vote on what to buy with the pooled funds. Rest of article.
Posted by Jan at 1:27 PM