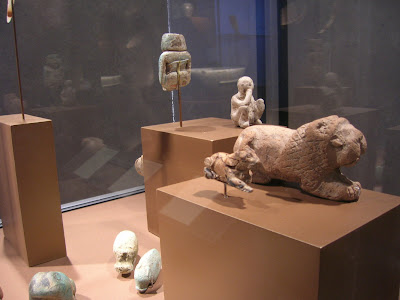 (1) At the Brooklyn Museum, 05/17/09, small ivory lion game piece (next to the larger carved stone lion that is not a game piece). The game wasn't identified but I have seen similar pieces identified as being part of the ancient Egyptian game of Mehen (also called the serpent game, named for the gameboard that takes the form of a coiled serpent). 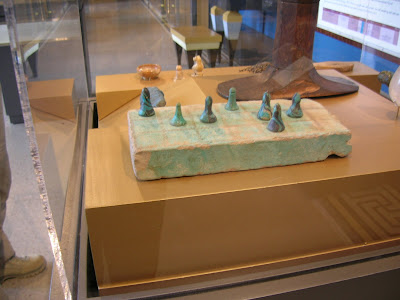 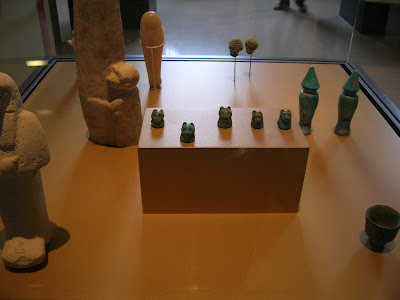 (3) At the Brooklyn Museum, 05/17/09, several Egyptian game pieces in the form of lion heads (on raised platform) 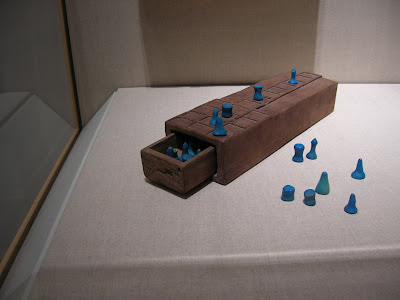 (4) At the Brooklyn Museum, 05/17/09, Egyptian 20-squares game and pieces. The tag identified this as a senet game, but senet has 30 squares. Sometimes Egyptian board games like this have a 20-squares game on one side and a senet game on the other. We don't know if that is the case with this board.
Posted by Jan at 4:38 PM