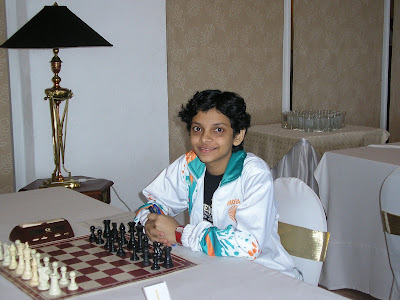 Orissadiary.com Monday, August 03, 2009 Bhubaneswar: International chess player of Orissa Padmini Rout has won the prestigious Ekalavya Award for the year 2008. The Ekalavya Award Committee unanimously picked Padmini among the eleven short-listed candidates for the prestigious award at a meeting held here on Sunday. The Ekalavya award, instituted by the Indian Metals Public Charitable Trust ( IMPaCT), the charitable wing of IMFA Group, is given every year in recognition of outstanding performance in sports. The award carries a cash prize of Rs 100,000 and a citation. Besides the Ekalavya awardee, there are two other runner up awards carrying cash prizes of Rs 10,000 each. Padmini has a brilliant international track record for the past two years, winning second position in the Asian Junior Girls Chess Championship in December 2007 and securing third position in the under 14 girls' category of the Commonwealth Chess championship the same year. Besides Rout, international women athlete Shrabani Nanda and young rower Rohit Kumar Swain will also be conferred citations and prize money of Rs 10,000 each for remarkable performances in various International and National level championships in their respective fields during the two years from April, 2006 to March, 2008. This is the second consecutive year in which two of the three awards went to women candidates. Announcing the names of the award winners BJD MP Baijayant Panda and Trustee of IMPaCT said that IMPaCT has continuously pursued the recognition and fostering of excellence in sports and literature, besides contributing to the general welfare of the society at large. This award has been, and will carry on, attracting young talent, he added.
Posted by Jan at 9:01 PM