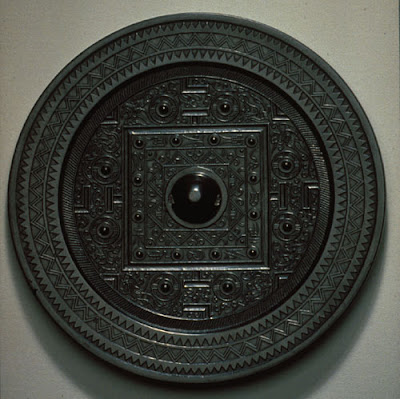 The so-called TLV pattern, which resembles the three Roman letters, is commonly seen on the back of bronze mirrors of the Han dynasty. This sign, thought to have cosmological significance, also appears on other Han dynasty works, including diviners' plates, sundials, and the playing surfaces of the board game known as liubo, said to be a favorite of immortals.
Posted by Jan at 7:57 PM