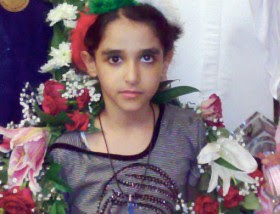 Rich haul for UAE junior chess team By K.R. Nayar, Senior ReporterPublished: July 15, 2009, 22:41 Dubai: The UAE junior chess team has returned with two gold medals, one bronze and a silver from the Arab Junior Chess Championship held in Damascus, Syria. The promising juniors hailing from the different emirates performed brilliantly in the Under-eight, Under-10, Under-12 and Under-14 age categories. Nine-year-old Moza Al Mansouri of Al Ain Club emerged as the Arab Junior Chess Champion in the Under-10 category winning all of her nine games. She became the only player to achieve a 100 per cent score. . . . Speaking to Gulf News, Moza said: "I dedicate this victory to my country. I won mainly due to the excellent preparations, ideal playing conditions and support from my team members". Rest of article.
Posted by Jan at 8:52 PM