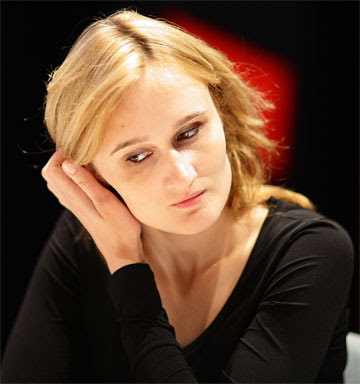 This is the most entertaining introduction to a tournament I've ever read! What will happen to the frantic Chess Queen? Eek! There once was a queen who would do anything to fight for her king. Her powers on the battlefield were almost unlimited. She could move in any direction and get where she wanted to go in an instant. She had a small army also willing to die for their king. Eight farmers who could move only forward and not retreat, but who were good at staking out territory. Two knights on horses who jumped at a slight angle. Two elephants who moved with alarming quickness in diagonal lines across the battlefield (she started calling them ‘bishops’ after her conversion to Christianity). And two chariots (which she called ‘rooks’ from her knowledge of Persian). Her only problem was that the enemy had a queen with exactly the same powers and the same kind of ferocious army. She knew she’d have to rely on strategy rather than brute force, and that she’d have to hold back and let her henchmen spill some blood before she came along to clean up. First she sent out some farmers to establish control of the center of the battlefield. Then she sent out the knights to protect the farmers. She quickly built a human shield of three farmers and a chariot for her king to hide behind. Things were going well until the enemy elephants cut down her knights and her farmers were left exposed. The enemy farmers cut hers down like butter. ‘Useless fools!’ she screamed. She had to dash out to the rescue much earlier than she wanted. She killed the elephants and took down a knight but left herself completely exposed to enemy attack. She knew the kingdom depended on her, and for the first time in her life she felt all alone. To find out how this story ends. . . The Copenhagen Chess Festival 2009 including Politiken Cup 2009 and Nordisk Championship begins July 18, 2009 and ends July 26, 2009. Official website (English). Thanks much to Brendan Cooney for writing such a cool intro to this popular event. Traditionally, several top-rated chess femmes participate in the Politiken Cup! This year's enrollees include (this is not a full list of chess femmes): GM Marie Sebag (FRA 2531) WGM Viktorija Cmilyte (Lithuania) 2470 (Photo above) WIM Svetlana Agrest (country???) 2260 Eva Jiretorn (country???) 2150 Sebag and Cmilyte will have their work cut out for them, as the top GMs include a player over 2700 and many in the high-2600s.
Posted by Jan at 9:30 PM