Hola Darlings! The weather has turned somewhat more humane today, thank Goddess! The dew point has dropped from 70 to 58 and so I am able to breathe normally again. It's summer and hot, but bearable and, more importantly, I don't risk a weather-induced asthma attack by just walking to and from the bus stop! Tomorrow there is supposed to be a breeze, too, with the high temperature at only 81F, so I can get all of my yard work done. 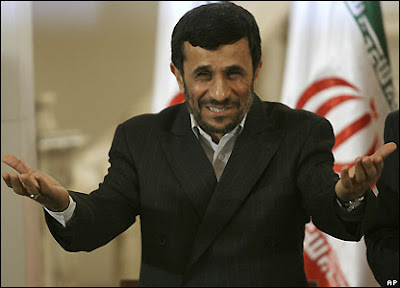 Journalist Files Charges against WHO and UN for Bioterrorism and Intent to Commit Mass Murder Barbara Minton Natural News June 25, 2009 Using the “swine flu” as a pretext, the defendants [President Obama, numerous appointees, bankers, two pharmaceutical companies, and a host of others] have preplanned the mass murder of the U.S. population by means of forced vaccination. They have installed an extensive network of FEMA concentration camps and identified mass grave sites, and they have been involved in devising and implementing a scheme to hand power over the U.S. to an international crime syndicate that uses the UN and WHO as a front for illegal racketeering influenced organized crime activities, in violation of the laws that govern treason. . . .pharmaceutical companies consisting of Baxter, Novartis and Sanofi Aventis are part of a foreign-based dual purpose bioweapons program, financed by this international criminal syndicate and designed to implement mass murder to reduce the world’s population by more than 5 billion people in the next ten years. Their plan is to spread terror to justify forcing people to give up their rights, and to force mass quarantine in FEMA camps. The houses, companies and farms and lands of those who are killed will be up for grabs by this syndicate. Okay - go ahead and wipe out 5 billion of us but please, start with the asshole Ayatollahs in Iran. Problem is, if the world's population is reduced to 1 billion from over 6 billion, none of that property, natural resources and land that this alleged international criminal syndicate is going to suck up at bargain prices (or for free) is going to be worth a flying fig for hundreds of years to come because there won't be any people around to CONSUME. Duh! No people to consume, no way to make wealth. Obviously none of these criminals who form this international syndicate have read "The Wealth of Nations." Geez, what is this world coming to when supposedly highly educated super-criminals intent on taking over the world haven't even read "The Wealth of Nations?" The other obvious "gotcha" is this - if one is going to play Almighty Goddess and destroy most of the population of the earth, one had better make sure that one has considered ALL contingencies before executing one's plan. The problem is that if humans are attempting to play Almighty Goddess, they do not have Almighty Goddess' powers to control everything and anything or, even with the aid of the most powerful computers, anticipate everything and plan accordingly. Unleashing a lethal virus among the population - ala "The Stand" (probably the best book Stephen King ever wrote) introduces the chance for random mutations to develop, and there will ALWAYS be some people who will NOT DIE LIKE THEY SHOULD. Uh oh. Mother Nature can be such an unruly bitch. There will also be some people who will not be vaccinated no matter what - like me. And just what does this international criminal syndicate expect people to do once they start dying because they've been vaccinated? People are not as stupid as governments (and international criminal syndicates) imagine. We are usually just busy doing other things - like, uh, living! Thing is, they cannot vaccinate the entire population of the USA in one day so that we all die at the same time. There are simply not enough people around to poke people with needles to insure this. Do you suppose the people who have not been vaccinated at that point won't be able to put 2 and 2 together and shoot to kill anyone who attempts to come near them with a needle as they see wave after wave of vaccinated people dying? Come on, dudes.

Yet more about the incredible possibilities (and potential horrors) that are lurking under Mother Nature's Terra Incognito. Here's a great teaser quote:

Research over the past two decades has shown that the energy trapped in ice within the permafrost and under the sea rivals that in all oil, coal and conventional gas fields, and could power the world for centuries to come. Imagine putting a match to an ice cube, and the damn thing bursts into flame... Ice on Fire: The next fossil fuel 24 June 2009 by Fred Pearce

RUN - RUN FOR THE HILLS! IT'S THE END OF THE WORLD AS WE KNOW IT, EEEEEEEEEEEEEEKKKKKKKKK!

I recently came accross your blog and have been reading along. I thought I would leave my first comment. I dont know what to say except that I have enjoyed reading. Nice blog. I will keep visiting this blog very often.