Way to go Judith! No - not chess icon GM Judit Polgar but archaeologist Judith Weingarten, who hosts the fantastic blog Zenobia: Empress of the East. JW's website showed up in Explorator Edition 12.04 for this post on a giant but unfinished obelisk commissioned by the "uppity woman" Pharaoh Hatshepsut. Fantastic photos! Mr. Don and I took these photos of Hatshepsut artifacts while visiting the Met and the Brooklyn Museum: 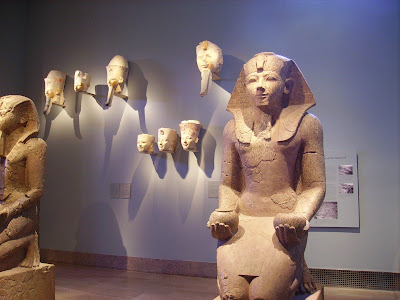 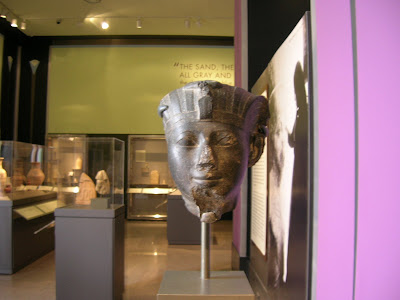 (2) Taken by Jan at the Brooklyn Museum, May 17, 2009. Photo (3) below is the identifying tag to the exhibit. Originally the archaeologists hedged on the identity of this sculpture, but recent research has led experts to conclude that it is, indeed, an image of Hatshepsut and not her step-son Thutmose III. 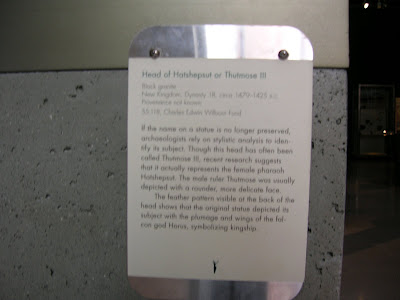